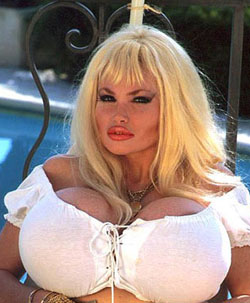 Lolo Ferrari
We’re so lucky to live in the 21st century, surrounded by an embarrassment of pornographic riches. It’s never been so easy to find porn — the other side of that coin is there is simply too much pornography to ever watch it all, and tons of actors competing for a share of the audience. If you’re just starting out, trying to make a name for yourself, how do you get anybody to notice you?
Being just another pretty girl with great tits or handsome guy with a larger than average dick is not enough to make you a star. For many performers, the answer is simple: do something crazy to get attention, find a niche to fill that no other performer has satisfied. In an industry that is controversial to start, what can you do to stand out in the crowd?

Lolo Ferrari — Be The Biggest

Sadly, after appearing in a number of adult films, Lolo Ferrari was found dead of an apparent suicide in her home in 2000.

Dave Cummings and Shigeo Tokuda — Be The Oldest 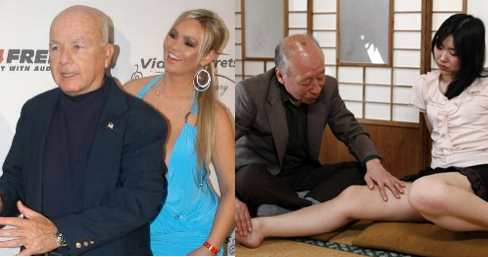 Marilyn Chambers — Be The First 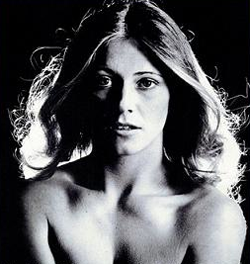 
While some performers on this list set out to make a name for themselves by doing something radical, few were able to become groundbreaking activists for the civil rights movement.

Marilyn Chambers deserves a spot on this list for making a name for herself as the first woman to do an interracial sex scene in a feature-length hardcore film, in the 1972 classic, “Behind the Green Door.”

While it may not seem extreme by today’s standards, in 1972 a hardcore interracial sex scene between a Caucasian woman and an African-American man was shockingly taboo, and a move that set her apart from other adult film actresses.

Can you imagine if Michelle Bachman or Sarah Palin worked in the adult film industry? That would make them so much more interesting, don’t you think? 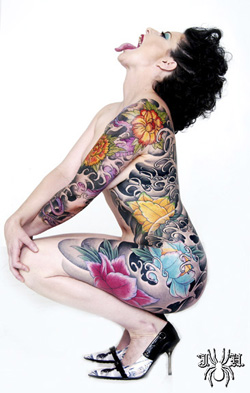 It would probably be fair to add that Michelle is also notable for being the only stem cell research scientist working in the adult industry. She has also studied oncology radiation, English, and neurobiology. Sexy and smart? Seems too good to be true, but she’s the real deal. 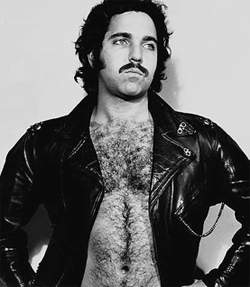 The Dahm Triplets — Be Triplets 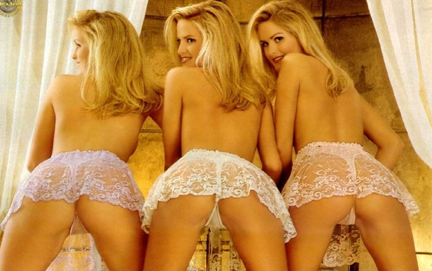 
It’s rare to have identical triplets. It’s even more rare that all three girls decide to model for Playboy. And it’s rarer still that the triplets would get the suggestion to get into nude modeling from their own father.

And yet, that’s exactly what happened to Nicole, Erica, and Jaclyn Dahm, who all became famous after being featured as the Playboy centerfolds of the month back in December of 1998.

While they haven’t done any hardcore pornography, the girls were featured in “Playboy's Video Centerfold” and “Playboy's Playmates on the Catwalk”, and it was the uniqueness of being identical triplets that catapulted them to fame and fortune. 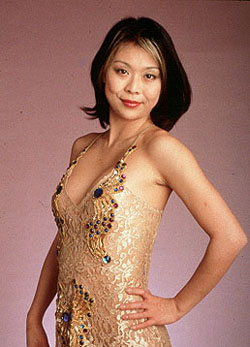 The world of adult films is highly competitive, with stars and directors constantly trying to one-up the competition. So it’s only natural that some performers feel the need to go to extremes to distinguish themselves from others in their field. For better or for worse, these performers all delivered truly unforgettable performances.
Tags:
Views: 3966
Related articles