It's a Myth! The Fallacy of the Sexual Peak 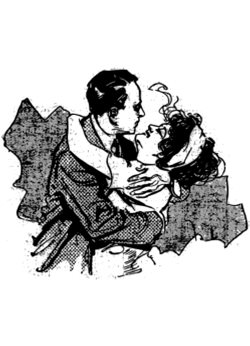 https://openclipart.org/detail/175518/passionate-embrace-by-j4p4n-175518
It's common knowledge that women and men have their sexual peaks at very different times, but is this idea heavy on the common and light on the knowledge?
The idea of sexual peaks used to weigh heavily in my mind. I don't really have any complaints about my sex life with my husband, but I couldn't help but feel that we were meshing so well only because our sexual peaks happen to be crossing with his ending and mine beginning. A woman's sexual peak is supposedly somewhere between the ages of 25 and 45, although the exact age reported differs. Some reports offer a range of ages, while other sources pinpoint an exact year. A man's sexual peak is supposedly in his teens or 20's. Since we are both in our early thirties, I wondered --no, I worried-- if I was doomed to a future of sexual awareness and craving when he would be past his sexual prime, and we would therefore be unhappy and mismatched in the bedroom. I didn't need to worry. It turns out that the theory of sexual peaks is nothing more than a myth with a teeny, tiny grain of truth that was blown way out of proportion.

Let's start with the grain of truth that gave rise to this myth. Testosterone for men and estrogen for women are reported to peak at certain ages. For men, this would be the late teens and early twenties, and for women it would be mid-twenties and early thirties. As many people consider these to be “sexual hormones,” it's likely that the peak of the hormones became confused with sexual peak. The truth is that these hormone peaks have not been linked to the frequency or enjoyment of sex. Another theory is that fertility, particularly for women, starts to fall past a certain age, and her peak would be found where she is most fertile. Still another possible origin to the myth has to do with Alfred Kinsey's research in the middle of the last century. He found that women in their 30's tended to have a higher number of orgasms.

For men, hormones do have a decent part to play, but not quite as much as rumor has it. Testosterone levels are only one part of their sexual health, and shouldn't be looked at alone. Although it is very possible that they won't have erections quite as often as they did in their teens and twenties, that doesn't necessarily mean that they're past their sexual prime. It really depends on how you define peak. Do you define a man's sexual peak by how often he has an erection? How long it lasts? Or perhaps a combination of the ability and knowledge that comes with age?

For women, current theories suggest that a defined sexual peak is a phantom; it's a shadow showing up from other circumstances. Although it's very likely that women tend to have more and better orgasms as they age, it is unlikely that it has anything to do with a defined sexual peak. Instead, current theories suggest that the increase in the quality of sex has to do with a woman's changing attitude toward body image and sexual health. By her thirties, she is likely over the slut-shaming rules of high school. She's not under her parents' authority. She's also wiser, and she may have learned to be open to research. She may have become more comfortable in her skin than she was in her youth and has learned to let go. Any one of these things, or all of them together, can explain the increase in orgasms and sexual satisfaction.

Those that worry about being at different points in their sexual lives than their partners can rest easy, knowing that much of what is “common knowledge” is based on conjecture and rumors. Personally, I'm no longer concerned.
Tags:
Views: 3222
Related articles