by SneakersAndPearls, edited by Kindred Published: May 26, 2013 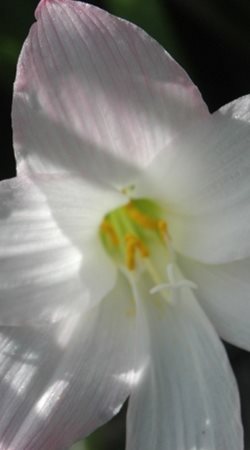 Courtesy SneakersAndPearls
The term "virgin" is thrown around with a lot of confusion and legalism. What, technically speaking, constitutes a virgin? Does it matter?
Quick, answer this question: are you a virgin? What about your friend next to you? What about your sibling? Here's a better question: how do you define the term “virgin?” If you ask 20 different people, you'd likely get 20 unique answers.

Allow me to be clear and say that I am not here to argue the value of virginity, but merely the definition of it. In my travels across the internet, I've seen forum posts and questions over and over asking what, exactly, constitutes a virgin. Occasionally the poster is asking if they, themselves, are “technically a virgin.” The answer used to be not necessarily clear, but slightly clearer than it is today. No sexual contact with the opposite sex was expected until marriage, especially when the person in question is a woman. No sex=virgin.

Consider a person that has only had non-consensual sex and wants to reclaim their virginity. I've seen sexual abuse survivors that had their “technical virginity” forcibly taken from them ask if they have the right to call themselves virgins. You could stamp your feet and say, “No, having sex equals no virginity.” But really, are you going to look a survivor in the eye and tell them they don't have the right to call themselves a virgin if they choose to do so?

The concept of virginity, though even less clear in recent times, was always somewhat subjective. The definition of virginity often laid with the speaker that had some sort of authority over a woman's life, such as a community leader or older relative. Much of a woman's worth and reputation was laid squarely on whether or not she retained virginity before marriage. A woman's worth, or anyone's worth, being tied to their sexual status is quickly becoming an antiquated idea, but so many are still questioning what exactly constitutes a virgin.

The answer is both simple and complicated. Quick, tell me, are you a virgin? What was your answer? Whether or not a person is a virgin depends on whether they identify as one. If they consider themselves a virgin, then no one else has the right to question it. Virginity is not only about a physical past, but is as much about emotional identity.
Tags:
Views: 3420
Related articles