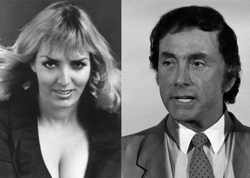 “It all started with a friendly phone call from Bob who had tracked me down to Amsterdam in 1971 …”
Editor’s Note: By some coincidence, the latest edition of Xaviera Hollander’s newsletter hit my inbox the morning after legendary Penthouse publisher Bob Guccione died. Perhaps my brain made some sort of connection. That is the only explanation I have for why I hit the “Reply” button and wrote a quick note to Xaviera, casually asking for an interview, almost as though I expected her to actually read it and respond, which I didn’t.

Famous people tend to be very busy. Famous people tend not to see emails that are written in response to their newsletters. And I have kept track of The Happy Hooker over the years. It’s a lot of work, being Xaviera Hollander.

But a few hours later, I get a gracious note from the world’s most famous madam. There is no mention of an interview; but, perhaps even better, there are her written memories of her former boss, Bob Guccione, and permission to share them. Kismet, I think. Thank you.

“That says it, more or less, all,” she said. And this is what she has to say. —Jeff Schult

In memoriam, Bob Guccione—the man who hired me for 35 years as a “lay analyst” for his Penthouse magazine. With that column we created together, named “Call Me Madam,” I, Xaviera Hollander, of Happy Hooker fame, have established my name even more than just by writing that world-wide bestseller as “the” expert about our sexual problems.

Bob kept my name in the limelight for more than a quarter century, in fact for the 35 years that I wrote this column. Supposedly I was the longest reigning columnist in the history of sex magazines.

It all started with a friendly phone call from Bob who had tracked me down to Amsterdam in 1971, while he had just moved to London. I’d just received the boot from the U.S. government and had left the country with my tail between my legs—so to speak, but not until I had promoted the living daylight out of The Happy Hooker (which I co-authored with Robin Moore and Yvonne Dunleavy), and thus sold millions of copies of the book.

Bob’s new Penthouse Club and their members and pets welcomed me with open arms. I was the special guest of honor at his own private lovely Penthouse apartment for several weeks. It was there that I also met his new love: a South African former stripper named Kathy Keeton, who had just moved in as well.

It is said that Bob met her in her dressing room after a terrific striptease and noticed a Wall Street Journal on her chair. Aha … a stripper with a brain, must have been his first thought... and from there on, the rest is history. They were an item until her death a few years later. She assisted him for years with a health food magazine as well as (the science-based) magazine, Omni. (Sadly, she, who was such a health fanatic, had to die of cancer.)

I remained in London for about a year, and had meanwhile moved into my own Chelsea cloisters quarters. I still came to visit Bob and Kathy regularly, and attended the many lovely fun and action-packed Penthouse parties. Those were the days when Burt Reynolds had just posed in the nude for Cosmopolitan and Gloria Steinem started her feminist magazine Ms.

What I appreciated in Bob is that he was at all times a gentleman. If he had affairs behind anyone’s back, he did it discretely! He was always immaculately dressed, had wall-to-wall cupboards with hundreds of pairs of boots and shoes that would make Imelda Marcos blush, his shirts and jackets were impeccable and colorful—and I don’t remember him ever marching around in pajamas. Maybe in his own bedroom, but he certainly did not interviews as his competitor Hugh Hefner did (whose impressive mansion I have also visited on several occasions). 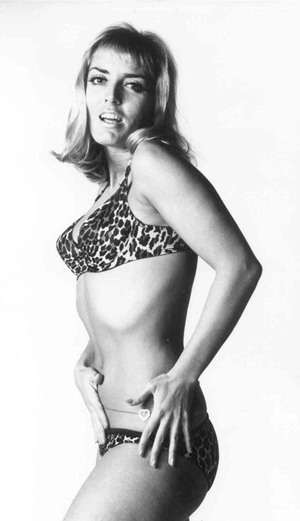 He had great talents as a photographer and I remembered some fun times we all had in Yugoslavia where he had opened a new Penthouse Club, which however was doomed to die a sudden death after a year. There he took his Penthouse Pets into the mountains or lovely beach coves and took some superb pictures mostly of the new very pure and pretty Yugoslav girls, who needed barely any makeup, nor had boob augmentations like more and more of his American models started to display.

What I did like about the Penthouse magazine pet of the month was that for years they actually showed a bit of pubic hair, as Bob, being of Italian descent, confessed to me that he liked hairy girls ... and also that the girls, most of them at least for the longest period, were more au naturel than the pumped up Playboy Bunnies.

He also knew how to make their nudity more exciting by seldom photographing them totally in the nude, but usually have them wear something flimsy like a strand of pearls, long hair, a thin scarf, some diaphanous negligee, etc.

I guess Bob had decided to compete with Larry Flynt’s Hustler magazine that had gone all-out for years by then—but it started to cost him advertisers who decided Penthouse was getting too raunchy for their taste, and withdrew their ads.

Ironically, Bob’s love of art may have been part of his downfall. He made quite a few bad investments like the film Caligula. He also had fine taste in paintings and had spent a fortune on his extensive art collection. Slowly but surely, Penthouse was heading for a disaster, and more or less round the same time that the magazine was about to go bankrupt and Guccione had to leave his sinking ship, I was told to quit writing my column—also, because more and more people started to have an attention span of a mosquito, and did not have the patience to read my sometimes fun or serious answers and anecdotes.

I went on to produce English-language theater, both in my home theaters in Amsterdam, as well as in Marbella (Spain). I also started managing a successful bohemian style Bed and Brothel... oops, sorry Bed and Breakfast in Amsterdam where even now, a lot of fans from the Happy Hooker and Penthouse days come to visit me and listen to my stories from the days before AIDS polluted the sex lives of so many—and when sex was really fun.

Thanks Bob, for having put me in the saddle and on the worldwide map. I am glad I am still occasionally in touch with a few of your friends and family members.

Xaviera Hollander, the Happy Hooker, a true sexual revolutionary from the '70s, is now living in Amsterdam and Marbella, Spain. Recently, a film about her life and impact on feminism and the sexual revolution, titled Xaviera Hollander, "The Happy Hooker": Portrait of a Sexual Revolutionary, won several awards on the international film festival circuit and is currently one of the most viewed films on The Documentary Channel. The one-hour documentary includes extensive archival footage, current musings by Xaviera, her friends and lovers, and commentary from America’s foremost sexologists and CNN’s Larry King. Visit the film’s official web site: www.thehappyhookerdocumentary.com.
Tags:
Views: 1518