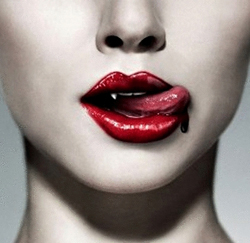 Home Box Office, Inc.
This thirty-plus days of not drinking has me thinking about other habits that I have that occasionally get in the way of my productivity, work, mental sanity, or time management. What do I spend most of my time doing that is, when it comes down to it, optional?

The obvious one that comes to mind is TV. Sure, the television series of today are such higher quality than they even were five years ago, and certainly a big difference from the series I watched growing up, which were mostly sitcoms about families struggling through the day-to-day with laugh tracks, predictable dialogue, and moral stories where the kids learn lessons each week and everybody hugs.

“Gee Dad, I sure won’t do that again. I’m sorry I caused so much trouble.”

“That’s okay, sweetheart, I love you regardless.” Aw.

But now we have serious high-art television dramas. Gone are the days of the tune-in-anytime models. Now you have to watch it from the beginning to really get what’s going on. The references are many and complex, riveting and addicting, and they have become cultural status signals. “Are you caught up on True Blood? No? … Oh.”

Which is the entire reason I watched any of The L-Word after season one: I wanted to know when people made references to it what they were talking about. I didn’t want to feel like I was missing something. I didn’t want to be left out.

I’m not sure what it started with. I fell for Alan Ball’s Six Feet Under, Joss Whedon’s Firefly, and later, Buffy: The Vampire Slayer. Don’t laugh: It really so much more than a high school show about vampires, it’s a very complex and universal story about the burdens of growing up and finding your way in the world. Then there was The Wire. And of course those infamous series I have yet to see, like Lost and The Sopranos. And now I’m following Mad Men, True Blood (another one by Alan Ball, how can I resist?), and, until it was canceled, Whedon’s newest unsung masterpiece, Dollhouse. Plus there’s The United States of Tara, and Big Love, and Rescue Me, all of which have been highly recommended by friends and folks whose cultural opinions I trust.

But I can’t keep up on all of this. I just don’t have time!

I ran across an article the other day discussing just this same thing: the cultural pressure to see TV as great cultural art(ifacts) and as another way of keeping up with the Joneses. But really, this article posits, whose life was enhanced by the watching of 100+ hours of Lost? Was that really, truly necessary?

I like moving pictures, I like film, I like the combination of good writing, beautiful cinematography, and a stunning yet understated soundtrack. I like to analyze successful, popular cultural creations for their sexualities, gender s, and relationships represented. I like art that makes us feel something, makes us see the world just a little differently. I love studying plot arcs and character maturation and literary themes and universal life themes in a good film or a good TV show.

I can sing the praises of this particular media. I know how valuable it can be, I know how it can both reflect and enhance culture, I know how incredibly validating it can be to see one’s own story reflected, and to relate to characters on screen, no matter how brief. Even just simple flashes of connection with a character’s story, a character I hadn’t yet connected to or hadn’t yet understood, can expand my mind a little and remind me that there’s always more to someone than I usually know.

I’m not sure most people think so deeply and analytically about TV and films, but the literary- and analysis-minded folks like myself certainly do. I have a theory that people who are big novel readers tend to be more open-minded about other people’s lives, because one of the greatest things about the novel as an art form is the ability to get into someone else’s head—really in their inner thoughts—and to see what motivates them, what their intentions are, how things turn out, what they think, how they interpret the world. And often, it is not what we expect.

Sometimes, too, we end up sympathetic to a narrator with whom we would never otherwise find ourselves sympathizing—as in the case of Lolita, or the recent book Perfume, which remains one of my favorite novels for its intense descriptions of the olfactory sense, the sense of smell.

I wonder if this is true of the folks who are starting to become avid viewers of these complex and multi-layered, multi-dimensional television shows also. Beyond sitcoms, beyond reality TV, the shows that spend literally a hundred or more hours telling the stories of a handful of characters so much in depth that we feel we know them, we sometimes even (dare I say it) miss them and crave spending time with them, if we don’t check in and re-watch a season or two every so often.

I wonder if these shows are teaching the masses how to follow a character’s arc, how to look deeper into our own lives and the lives of those around us to see patterns, themes, deeper meanings, ongoing struggles, and, perhaps, ultimately, inspire more forgiveness, tolerance, and acceptance.

Wishful thinking, probably. But at best, I think this new type of television is capable of doing those things. And at worst, well, it’s faux-relaxing, mindless entertainment that you can curl up on your couch with your cat and a bowl of popcorn and kill a weekend by watching all those seasons you never caught now that they’re on Netflix instant watch.

So yeah, they have value. They enhance my ability to explain myself, my relationships, my surroundings. They give me metaphors and language to explain my situation.

But what would happen if I took a break? Even though I don’t actually have a TV that gets sort of channels on it, I watch a whole lot of television on the Internet these days. And with this period of sobriety, I keep asking: What else is taking up a whole lot of my time or brainpower, with which I could do other things? What would happen if I took a break, just a temporary one, and watched nothing at all for a month? Or, only documentaries and foreign films for one year? I wonder, would my perception of the world change? Would my understandings of my own culture change? Would I still feel drawn to it, like I feel drawn to every bar with their quirky sayings on their sandwich boards and their tall, cool glasses of beer inside? Or would I not miss it? Would I not even remember why I needed all these TV shows, and all these stories of other people’s, in the first place? Would I write more of my own story, without theirs clouding mine?
Tags:
Views: 856
Related articles