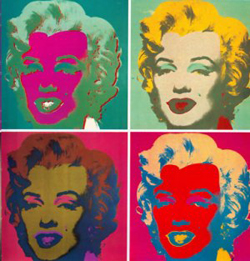 How do we perceive sex through the sometimes-jaundiced lens of the media? How does something like TMZ affect our perception of sex?

Let’s get one thing clear upfront: I love TMZ. Where else can I find up close and personal photos of Kate Moss’s “peek-a-boob” breasts, a copy of Elvis’ bird murder poem, and the bruised-face snapshot of Rihanna after Chris Brown showed her some old-school “love”? Yes, TMZ gives me my celeb fix because I—like every person in the United States—will drop dead in five seconds flats if we don’t have the instant 411 on the Beautiful People. After all, if we don’t read Tinkerbell Hilton Diaries: My Life Tailing Paris Hilton (the unauthorized story of hotel heiress Paris as told by Tinkerbell, her beloved Chihuahua), who the hell will?

TMZ’s not to blame, though, for how the media gravitates towards the genitals. Sure, who doesn’t love getting the skinny on how Keith Richards snorted his father or Britney Spears snatched up a razor in a tattoo parlor and suddenly decided to shave her dome? But sordid sex tales? That’s the way to reach the pulse of America because as we’ve been told endlessly, teenage boys think of sex “every six seconds” or some ridiculous number. Maybe there’s some truth to it. Just try to name a major news source that didn’t exhaustively cover any of the following celeb sex stories, not a single one of which I needed to know (but was damn glad I did find out about):


• Marv Albert wearing white panties and a garter belt as he met a woman in a hotel room. Then he lunged at her and bit her. The poor woman escaped only by ripping the toupee off his head. And this wasn’t even the woman taking him to court for forcible sodomy charges!
• Hugh Grant paying $60 to get fellatio from Divine Brown in his car—his frantic foot stomping on the brake caught the attention of the police, and the rest, as they say, is history. (Her part in this story, incidentally, has garnered her “millions,” which she happily accepted for the sake of her children’s education.)
• John Wayne Bobbitt, whose penis was half-sliced off by his angry wife, Lorena. This was immortalized in “Weird Al” Yankovic’s “Headline News,” D12’s “Bizarre,” and Julie Brown’s comedy film Attack of the 5’2 Woman. Even Tyler Dyden of Fight Club couldn’t resist a quick reference, saying, “It could be worse. A woman could cut off your penis while you’re sleeping, and toss it out the window of a moving car.”

While these stories are titillating (and oftentimes humorous), a very serious question arises: why isn’t MY sex life as interesting as theirs? After all, why did Tommy Lee and Pamela Anderson’s sex video sell a gazillion copies in five seconds and the 9-minute lovefest I shot of myself and my partner with my camcorder sell exactly 11 copies in 10 months (most of them to my ex- who mailed them to friends)? Seriously. I even made a website for it called ikissyou.org. Okay, okay, that’s not me, but how do you NOT fall instantly in love with this strange accordion-playing, ping-ponging Turkish guy who eagerly proclaims, “My eyes green .. I live alone !!!!!!!!!“?
Back to the celeb talk.

Let’s get geeky for a moment. The media has positioned celebrities to represent the ideal standards in the way that the ancient Greeks looked to mythological figures. We no longer have the original hot momma herself, Aphrodite the Goddess of Love—we have Britney Spears, Lindsay Lohan, and Madonna. We no longer have Hercules and his chiseled, muscular wonder-body—we have Arnold Schwarzenegger, Vin Diesel, and Kevin Sorbo. We no longer have the elder statesman god Zeus—we have Sean Connery, Harrison Ford, and George Clooney. Thanks to TMZ and tabloid magazines and mainstream media outlets, we’re inundated with the images, loves, triumphs, and travails of these icons. It’s no wonder that they become our role models, too. Many of us know more about their favorite snack foods, alma maters, and pets than we do the lives of our friends and parents. (Hey, I’m not judging here—when I’m on “Jeopardy” and they ask “This popular American actor had a Vietnamese potbellied pig named Max for 18 years,” it’ll only be ME screaming, “George Clooney, baby! George Freakin’-A Clooney!)

Let’s be honest—most of the names listed above have a sex scandal or three in their past. More than a few have had, how shall we put this, medical enhancements to their A-list bodies. They know what they have to do, and they do it to keep on top. Witness Tara Reid’s botched stomach lipo, Gary Busey’s Chiclet teeth, Tori Spelling’s beach-ball boobs, and Michael Jackson’s . . . well . . . Michael Jackson-ness. They have to be sexy or people simply won’t pay attention to them anymore—this is the fear. And it’s a fear shared by every overweight, tired, bored person in American, both in and out of a relationship. If my partner won’t love me, who will? That’s probably what helped bring the total number of cosmetic surgical and non-surgical procedures in 2007 to 11.7 million (according to The American Society for Aesthetic Plastic Surgery). This represents an increase of 457% since they began collecting statistics in 1997.

Despite what we know from the mythological story of The Fall of Icarus, the book The Great Gatsby, and the Al Pacino movie Scarface, we still choose to believe that by virtue of being alive in America, we are due our fifteen minutes of fame. You know, the rags-to-riches story that TV shows like “Survivor,” “Joe Millioniare,” and “The Bachelor” perpetuate. (George Carlin famously said, “They call it the American Dream because you have to be asleep to believe it.”)

Question: So how do we get our McDonald’s Extra Value-sized portion of the American Dream?

Answer: By acting like those who already have what we want.

Try as hard as we want, the truth is a bitter bill to choke down no matter how many Diet Cokes we snarf. Most of us aren’t going to star in the remake of “Melrose Place” (even standing in the streets with a sandwich board doesn’t seem to be helping former Melroser Lisa Rinna get the gig) nor will we win a Grammy no matter how great we sound in the shower when wailing out the lyrics to Carrie Underwood’s “Jesus Take the Wheel.” So we live vicariously through the lives of the Beautiful People. It’s simply the closest we can come to what appears to be the perfect life, despite the endless gym sessions, the surgeries, the jealous family members (Mark McGwire’s brother, anyone?), the fake friends, the scammers, the posers, the paparazzi (how about the original Ron Gallella?), and the media that goes hand-in-hand with the job. That’s what TMZ and the E Channel and oodles of tabloid magazines are banking on. Our envy and our interest.

With that confession, I say we’re not going far enough. If sex is selling—and boy, is it ever selling, even in this age of global economic wackiness—let’s stop beating around the bush and really give America what it wants. I humbly propose that we attempt to sign up every male celebrity (starting with Brad Pitt) for a Cock Camera. Quite simply, this would be a small, high-tech device that records a live feed via the viewpoint of, say, Tom Cruise’s penis 24-hours a day. Subscribers could log on to a website and get the real “inside story” of what celebrity sex is all about. Think of the archive possibilities! The blog and comment features! The interactive DVD game! The t-shirts! The bumper stickers! The Cock Camera home model for yourself and your friends! The His And Hers Cock Camera! (Okay, I’m not sure what this last one would look like, but I’ll bet someone can come up with a prototype that little third-world country children make for 5 cents a week and then get sold for $79.95 plus shipping and handling.)

Of course we could simply start valuing people by their capacity to do things of worth versus how perky their breasts are or how well their six-pack abs appear beneath a too-short, too-tight $90 designer t-shirt. Possible replacement icons include:

• Jill Bolte Taylor, a neuroanatomist and professor at Indiana University School of Medicine who is one of the world’s authorities on strokes.
• Jeff Han, a New York University computer-science researcher who introduced the concept of multi-touch sensing screens. His work will forever change how we interact with computers.
• Steve Jobs, a college dropout who co-founded and currently chairs Apple Inc. (You know you’re big-time when The Simpsons parodies you, as they did him in 2008’s “Mypods and Boomsticks.”)
• Oscar Pistorius, a South African whose legs were amputated at age one and replaced with blade-like prosthetics. He became so fast at the 400m that the International Association of Athletics Federations (IAAF) banned him from competition—a paradigm shift indeed, since most would believe that living with prosthetics is anything but an “advantage.”

And for those of you who can’t stand the suspense, yes, my follow-up sex tape will be available soon. I’ll take advance orders now: $19.95 through my Paypal account, PierceBrosnanslovechild@yahoo.com. On second thought, let me work a bit more on my abs, first. Anyone out there got a Tony Little Gazelle Edge Trainer for sale, cheap?
Tags:
Views: 1134