Eat Your Heart Out: The Sexualization of Food and Food Culture 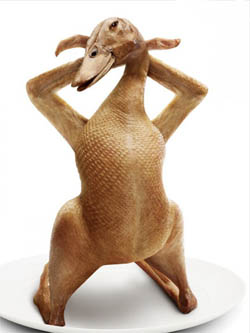 Rachachuros Seasoning
They say you never forget your first: That initial surge of blood as your heart begins to hammer, those small moans of pleasure, your mouth actually watering as your lips embrace the object of your desire.
Such formative episodes can completely change the way you experience the world around you. Many of us find ourselves chasing that elusive, orgasmic rush for the rest of our lives. Next time, we think to ourselves, next time, it will taste just as good as my very first.

For once, I’m not talking about sex—at least, not directly. I’m talking about a phenomenon known as the “foodgasm”—that electric wave that washes over you as you taste a bite of food that completely satisfies your every desire.

For some people, it happens when they try a new cuisine for the very first time, for others, when they eat a cheeseburger that they’ve denied themselves for weeks. Not everyone experiences foodgasms, or experiences them at maximum intensity, but if you’ve ever had one, you know how amazing they can be.

A Beginner’s Guide to Neurochemistry

So what exactly is the link between food and sex? In a word: dopamine. This magical neurochemical is released by your brain any time you are doing something pleasurable. Eating releases it, as does sex. That sensation of sheer, orgasmic bliss when you bite into a bacon cheeseburger or slurp a piping hot bowl of Chinese noodles? That’s dopamine, pure and simple. Dopamine is also the neurochemical linked to the sensation of falling in love, which just goes to show what a powerful effect it can have.

Science aside, most of us sense the innate sensuality of eating. Advertisers are also keenly aware of the link between food and sex, and if they are trying to sell you anything edible, you can bet that they’ll be using hedonistic imagery to get you to open your wallet. Take this incredibly sexy Carl’s Jr. Commercial featuring Top Chef host Padma Lakshmi.

I don’t care who you are: That video is hot. The lips, the tongue, the gusto: I’ll be damned if Carl’s Jr. doesn’t have the greatest advertising of all time. They even manage to make salad look irresistible.

So, dopamine makes sex and food equally pleasurable. But what if you’re single? Without sex, some people turn increasingly to food to make them feel good. Part of the problem is genetic. According to this study, people who naturally produce lower levels of dopamine often overeat because they need to eat more food to trigger the same level of pleasure as people who produce normal levels.

Because food and sex both release dopamine into the brain, it’s easy for our brains to sublimate our sexual appetites into our food cravings. And while deriving pleasure from food is totally normal, taking it to excess can have tragic consequences. Perhaps the best way to illustrate this is by introducing you to the men who inspired this article.

Fixing the Hole Where the Pain Gets In...

Anthony Bourdain, host of the the Travel Channel’s No Reservations, recently did a special episode entitled “Obsession.” Bourdain traveled around the country meeting chefs and food bloggers who were consumed by their love of food, in some cases to the point of serious illness brought on by overeating.

Sex and food are two of life’s greatest pleasures, and we often crave them in very similar ways. Sometimes, we just want something quick and dirty: a greasy cheeseburger, a gas station hot dog, a slice of pepperoni pizza. Other nights, we take things slowly, enjoying pleasure after pleasure for hours on end: escargot, seven-hour leg of lamb, chocolate soufflé. Sometimes, we crave comfort—in the form of a warm body, a cup of hot cocoa or a warm brownie sundae.

“Appetite and sex are the great motivators of history,” Allende adds. “They preserve and propagate the species, they provoke wars and songs, they influence religion, law, and art.”
In other words, food is sexy. If you meet someone with a healthy appetite for food, chances are they’ll have a healthy appetite for other pleasures as well … and that makes the act of eating the ultimate form of foreplay.

Whew. Writing this article has made absolutely ravenous. If you’ll excuse me, I think it’s time I rustled up an amuse bouche. Oh, and something to eat. 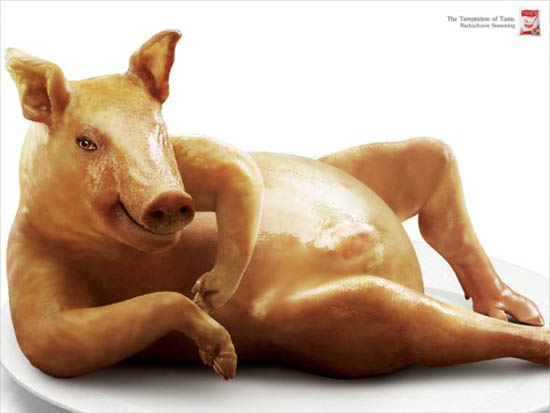