Don’t Be Afraid to Let Someone In 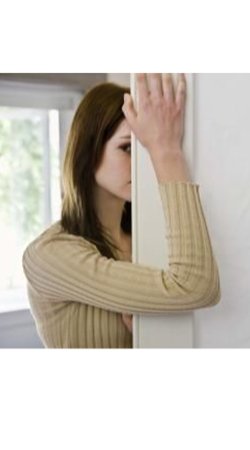 eHow Health
Pulling away from his kiss, I sat there on my bed — awkward, nervous — just waiting to be rejected. I flinched when he lifted up my shirt, bracing myself for a stifled laugh or a look of disgust. I got neither. His eyes blazed as he placed his hands around my waist and he whispered, "You’re beautiful."

Who Are You Calling A Prude?

Admittedly, not every sexual encounter is as unexpectedly wonderful as my first was, but I know there are women — and maybe men, too — who feel or have felt uncomfortable enough with their bodies that they haven't wanted to have sex because of it. It's a difficult position to be in, especially if you're a very sexual person.

I was twenty years old when I lost my virginity and it wasn't because I didn't believe in premarital sex or that I was particularly religious. The only reason I didn't have sex before was because I hated my body. It's a sad truth, and one a lot of people can relate to (even if you have been willing to have sex despite the fact). I dreaded wearing bathing suits, shorts, or even tank tops. Summer was my least favorite season. I couldn't bring myself to change in the locker room for fear of being ridiculed by my classmates. I was that sad little high school girl who changed in the bathroom stall. Why? Good question.

It is constantly shoved down our throats by our culture's expectations of women that we be skinny, fit, and beautiful at all times. I am about 15 pounds overweight, and have maintained that weight for over six years despite my best efforts at dieting and exercising. Is that overtly obese? No, but it was enough to not like what I saw when I looked in the mirror. I figured that if I didn't like what I saw, why would anyone else?

For this reason, I never sought out a relationship. When someone looked my way or tried to get my attention, I ignored them — even if I was interested in them. I wore baggy clothes to hide my body and I never wore makeup. I thought, what was the point of trying to look pretty when I wasn't underneath? If boys ever showed they were interested in me, I would try my hardest to distance myself from them. I wasn't involved with anyone until my junior year of college. For these reasons, people called me a "prude." I never went to a high school dance because no one ever asked me. I was labeled as "prudish," and who can have a good time with someone like that?

Hating my body was such an easy thing to do. There weren't many girls at my high school who were overweight; envying their bodies and hating my own seemed so much simpler than the whole diet and exercise routine, especially because it never seemed to work. But there was just a tiny problem: I wanted sex. I wanted it bad. From a young age, I realized I was a very sexual person, but unfortunately I had no means by which to fully explore it. I tried to masturbate my troubles away, but I was never really satisfied. Solo just wasn't cutting it, and ensuring that the opposite sex wouldn't go near me wasn't helping matters.

What can you do when you want sex but you're too afraid to let someone see you naked? I spent six years trying to figure out the answer to that question and got nowhere. Don't ask this question and hopelessly ponder over it like I did. Don't slump into a sexual depression. Instead, let go of your inhibitions.

Break Down the Door

I know, I know. Easier said than done, right? Well, you don't have to find a way to stop hating your body. Though that is something that you should definitely consider attempting, it takes an incredible amount of self-discipline, self-respect and time. In fact, I'm still not all that happy with how I look, but that isn't the point. The point is to find someone who thinks you're beautiful — with your clothes on. When you do that, I guarantee that when you invite them into your bedroom, they're not going to care if you have muffin tops or that your thighs rub together a little. Don't let the little voice in your head tell you otherwise.

Your body is not ugly and, believe it or not, you are the only one who thinks so. If you choose to ignore someone who is interested in you because you're insecure with your body, you might be losing out on a potentially great relationship. So don't be afraid to let someone into your life — and into your bed.
Tags:
Views: 1494
Related articles

Shadowed
I am an open book. Ask me anything, I'll give you a straight answer. I'm not one for BS.

I'm bisexual, curious, will gladly try anything once, and about this close to being a submissive. I'm in a committed hetero relationship, and I give my honest, unfiltered opinion in my reviews. ;P