In Praise of the PAP Smear 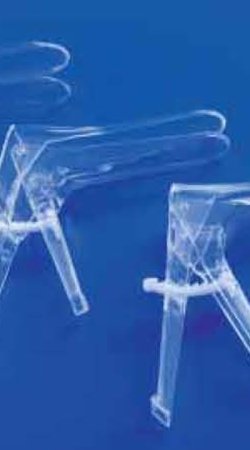 http://www.prehcp.com/
There are few other things most women hate having to do. Despite its necessity, the PAP smear is a procedure only half of women in the United States schedule annually during the peak ages of HPV exposure. Yet, it’s the only definitive test for cervical cancers.
I really hate the PAP smear. I dread the speculum, the awful plastic spreader, you name it. Many women report the procedure as awkward to quite painful. In an effort to weasel out of the test righteously, I researched the risk factors. Cervical cancer most commonly affects those who have contracted an STI at a prior time period, have been on birth control for long periods of time (greater than five years), or have a family history of cancer, smoking, etc. Yet I don’t identify with any of these groups! As a young woman in her twenties who received the Gardasil vaccination and has been in a monogamous relationship of five years, I thought I could be exempt. I was wrong.

I received the Gardasil vaccine at the prime age of vaccination – prior to any sexual encounters. Consider that HPV is the most commonly contracted STI; more than 80% of sexually active people will be infected over the course of their lifetime. A young age at vaccination is very much recommended, as it will likely precede any infection. The vaccine makes great strides in preventing cervical cancers as it protects against strains 16 and 18, which are considered the highest risk. These two strains alone account for 75% of cervical cancers. Gardasil also extends some protection against vulvar and vaginal cancers, as these areas may also be affected by the virus.

Weighing the Pros and Cons

Despite the uncomfortable nature of the test, it’s the only way to track changes in the cells lining the cervix. Pre-cancerous conditions can be caught early and treated at the time of highest effectiveness. Frequently, infections are asymptomatic; however, lesions may also occur, but due to their internal nature and lack of sensitivity at the cervix, many women are unable to feel or see any abnormalities. A regular history of results from PAP smears can safeguard against both false positives and negatives. Usually, insurance companies will cover the cost of regular screening and make an effort to cover the cost of follow-up screens for abnormal results.

Efforts could be made to make the procedure more comfortable, sure. Granted, older women may reduce the frequency of testing safely. And maybe the industry should take a tip from this site and use silicone inserts instead of hard plastic crankers that sound like carjacks. But ultimately, it’s for your health. So lie back and uh...think of England.
Tags:
Views: 1318