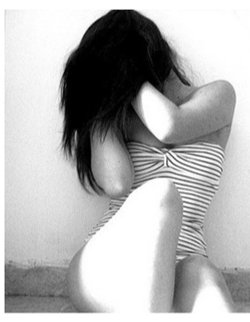 eleemelove. flickr.com/photos/eledelove/6385380511/
Most of you would agree that masturbation is A-Okay! But did you have to overcome a self-imposed reluctance? Or worse, an idea of societal shame? This article looks at how two people, a male (Kenneth) and female (Michele), dealt with their insecurities (and those of others) and eventually became (mostly) comfortable with their self-lovin’.
Masturbation is, according to Kenneth, fantastic. It’s a fun way to deal with daily stresses and anxieties and keeps him from walking around with a huge erection in his pants all day. But before he steps up to the plate to play ball for Team Penis, he always makes sure he knows exactly where his roommates are. It’s not that he believes that any of them will actually walk in on him, but it gives him a sense of security and helps convince him that no one will catch him in the supposedly shameful act—he just doesn’t want anyone to know he’s doing it. He even does his best to hide it from his girlfriend, Michele, with whom he is sexually active. What if she starts asking weird questions like “Why do you find her attractive?” or “Do you think she looks like me?” Kenneth just has no clue how to tell Michele that there are features of the female body that she doesn’t have and that he finds attractive and is worried that admitting this would sound like he’s saying that Michele isn’t the woman of his dreams (which would be patently untrue). Despite this, Kenneth plays Romeo and Juliet with himself every other day or so with much aplomb. This combination of enthusiasm and anxiety characterizes Kenneth’s relationship with one of his most pleasurable pastimes.

Michele: Oh gosh! What a wonderland! Everything is designed to titillate and stimulate me, as a woman, in a variety of ways. For once, probably because of my clout as a consumer, the double standard is in my favor.

I just don't know what to do with myself...