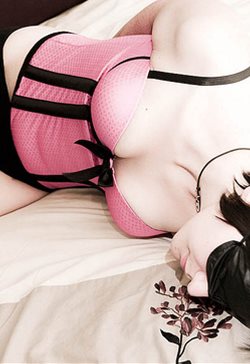 Trysexual
Most definitely yes! I was reminded of this subject over the weekend, while hearing a judgmental indictment of Tiger Woods' infidelity and divorce.

"But like the saying goes, "all good things in moderation," and so it is no different when it comes to sex."

Most certainly it is!. While watching some of The Masters highlights last night, one of my partners' friends was bad mouthing Tiger Woods when his name was mentioned. I asked why they were so anti-Tiger, and if it was because of the cheating/divorce scandal. Of course, the answer was emphatically "YES". It's funny how quickly people judge others, based on one side of a story; particularly a salacious one like this one that the media played up. Quite honestly, it was surprising...in some ways, at least.

Was it surprising that a hot shot celebrity athlete was cheating on his wife? Not at all. Despite the wholesome image Tiger always portrayed, you had to think it was all just "too good to be true" sometimes. No one could be that perfect and flawless, could they? Scandal and tragic downfall of false legend seems to follow Nike sponsored athletes, in particular, as we are beginning to find out (see Lance Armstrong, Oscar Pistorious, Kobe Bryant, to name a few). I doubt many mortal men could completely resist the temptations of money and fame, having beautiful women throwing themselves at you night after night, and week after week. Or, for that matter, a woman, in the same position. Humans are not flawless. Athletes, too, are even prone to be jacked up on testosterone, and athletics probably has more Alpha-type males than other professions.

What was surprising, to me and many others at least, was the way in which Tiger handled his affairs and seemingly fell in love with all of his mistresses. Firstly, a near billionaire, not having a second secret cell phone is baffling (he is notoriously cheap, I've heard). Out of curiosity, I read some of the phone transcripts the "victims" released to the media. Now that was shocking! Tiger wasn't just banging these chicks for the thrill and temptation of some "strange" sex, rather he was seemingly falling in love and fawning over these numerous women, exchanging many text messages and phone calls, carefully planning their next rendezvous. Not the type of behavior one might expect from a typical cheating testosterone-laden scoundrel.

Then, later came the revelation from Tiger himself, that he was entering counseling for sex addiction. A shocking and embarrassing admission to have to announce so publicly to the world, who always envisioned you as peerless (like him or not, he had superhero status in his sport). The aura imploded and he slumped to a figure of a weak and shamed individual. It took courage to come clean like that, and to admit such things camera. I could only empathize and feel for him, knowing that sex addiction is a real thing.

When I cautioned this girl that you can't judge someone without knowing their circumstances, explaining that he had a sex addiction, her response was immediate that no such thing existed. As if it was a cop out. I could not disagree more. He could have created any one of a number of cover stories, but he seemed to go with the truth. His truth. It's not unusual for someone who is a genius or prodigy of some type, such as Tiger, to have some sort of major flaw or deficiency in some other area of his life. I recently learned that he brings in identical furniture to what he has at home when he stays at rented houses (replacing their furniture for the week) for tournaments, to make his environment as similar to home as possible. Now that spells OCD or the like to me. That takes some logistics and planning. Like someone autistic, you gain something extraordinary at the cost of something ordinary. In his case, perhaps his greatness comes at some price. He certainly didn't have a typical childhood, as he was a prodigy at an early age, and he was groomed for his eventual greatness.

I bring this up and believe that sex addiction is real, because I felt like I have had my own brushes with sex addiction and other addictions in my life. Nothing substance-wise, though; drugs and booze never really appealed to me. Maybe I was too educated about the potential side-effects to venture into drugs, and I like to be in control of my mind and body. Sex, on the other hand, was always a magnetic draw for me. From as young as I can remember, I was interested in sex in many different ways. I don't think I was ever sexually abused or anything like that, but I was always horny and curious about all things sexual for some reason, which has led this otherwise shy boy to try things on the fringe. Even before I had an orgasm or knew what it was, I got a thrill from exhibitionism, playing truth or date with friends (involving nudity), wearing sexy underwear, viewing lingerie catalogs, and even shopping in Spencers, seeing curious adult items.

There were times when I was reading up on sex addiction or love addiction, because I feared I might be showing some of the symptoms. I've found myself addicted to the internet and video games at times, too, but sex was always a constant. I felt like sometimes sex got in the way of my life. My desires led me to seek out thrills and fulfillment more than your average person. Luckily, I never went super crazy and lost a job or tons of money because of it, but I definitely missed out on other thing. I'd spend time trying to hook up online, rather than getting outdoors, doing something productive, developing real relationships or friendships, and so on. There were a few incidents where sex crossed the line and gave me a wake up call. Getting off was an escape, a refuge, a sleeping pill, a boredom cure, an endorphin producer, an intimacy substitute....in simple terms, it was a drug for me. The high only lasts a few minutes, but I found ways to extend the thrill of the chase for hours, watching porn, scouring or placing craigslist ads, searching AOL profiles, playing around on online dating/swinger sites, visiting adult bookstores and theaters, and so forth. If there was a place to find a thrill, I could find it. I had some very exciting encounters, but often my searches led to nothing....just anger, frustration, and emptiness. I masturbated frequently; normally not enough to raise too much concern, but I occasionally set some records.

It's quite obvious to anyone who knows what this is like that sex addiction is real. There are numerous 12 step support groups and publications available for treatment and education. It was a few books by Patrick Carnes that first opened my eyes to sex addiction; "Out of the shadows" was just one of them. If you ever feel that you might be a sex addict, please seek out these resources. You can still love and enjoy sex without it being self-destructive and empty.
Tags:
Views: 1908
Related articles