My first experiences at nudist resorts 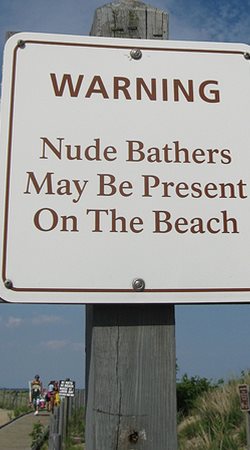 http://www.flickr.com/photos/22516573@N07/2703405917/sizes/m/in/photostream/
I've been to several different places that allowed nudity and it always ends up being sad to have to go back to wearing clothing after a while.
I've always had a strong sex drive, an active fantasy life and desire to try all things new sexually, which lead me to become pretty sexually adventurous. In my late teens I first visited a local nudist "resort" in upstate NY. I had seen TV specials as a kid about a few different nudist resorts and lifestyles and I was curious ever since. I even saw a package on a PBS fundraiser auction, but I was not old enough to bid on it and go off on my own at that point in my life. I was surprised and intrigued that there were any nearby. I figured they were all in FL or CA.

I wanted to go naked in a public setting for so long and never got the chance. The anticipation was exciting, yet I was still a bit nervous about the whole thing. As a single male, I was part of a less desirable demographic for one. They even charge you more money for being a single guy. Can we say discrimination? Obviously, that is a deterrent from somewhere becoming a sausage fest or to ward off potentially inappropriate behavior.

I was in upstate NY at the time and living with my parents, so being secretive was a bit of a challenge. I had found a place that was about an hour drive from home, in a remote area. I had to call for directions, which turned out to be an unmarked dirt road (seriously bumpy) off a rural highway and was a longish drive through the woods. The place was little more than a campground with a pond in a clearing in the woods. People would camp in tents or RVs and there was a permanent bathroom, outdoor shower and maybe one permanent cabin structure. I think I once went and chickened out of driving down the "road to nowhere," before I finally took the plunge and went. I was about 19 at the time.

Getting naked outdoors and being able to freely roam around was a heavenly and strange feeling at the same time. It felt naughty and daring. The sun and breeze on my whole body felt awesome. After the initial half hour of getting acclimated, it started to feel natural. There was a pond, but it was not very inviting. Kinda murky and still, probably mushy bottom. There were other resorts that had pools, but they were much further from home and more remote even than this one. Of course, there was the obligatory volleyball net/court and walking trails.

The bathroom was communal (unisex), the outdoor shower was out there in the open for everyone to see you. Just a wall with two shower heads outdoors. People sunbathed and picnicked in their birthday suits, or in some cases, just panties. There were families with kids of all ages, old people and couples. All ages and types. It was definitely arousing at first, and I had to take steps to cover that excitement up for fear of getting reprimanded, so I did plenty of laying on my stomach and side or covering up with a towel. It was new and exciting seeing others and being seen full-on naked. It was all new and thrilling. I admit, I eventually had to wander off into the woods to relieve myself in private, but with the knowledge that someone could stumble upon me. In fact, when I first went into the woods an older man, who appeared to be semi-aroused himself, was following me, presuming I wanted to get off with him, I imagine. I was not interested and had never done anything with a man like that before, so I eventually lost him and found a more secluded place to do my business. Once the excitement and newness wore off a bit, it really started to feel natural and putting on clothes again was a dreaded necessity when it came time to leave.

I returned again with my girlfriend, at the time, who luckily was game to give it a try. I was greeted again by the same old man who was the owner/operator of the resort. We were undressing at the car when he approached and introduced himself and greeted us. I was excited about the thought of my woman undressing in front of a stranger. Maybe the first time I ever felt that way. I don't remember a lot about that day, but it was enjoyable and exciting for us both. I enjoyed seeing her sunbathing naked and it was definitely arousing, especially at that age.

I've been to several different places since then that allowed nudity and it always ends up being sad to have to go back to wearing clothing after a while. Swimming naked is a wonderful feeling too. I've been able to a few times in private, but being able to do so in a public setting is very cool too.

It is interesting how natural it feels to socialize naked too. You might be surprised if you have never experienced it. I don't consider myself a very social or talkative person (unless you get me on certain topics close to heart), but I found it surprisingly easy to converse with people naked. Someone I met at Hedonism II once remarked that they liked going to nudist resorts because people were themselves, in their own skin (literally). There were no fancy clothes or status symbols to show off their wealth or perceived status. We were all on equal ground naked and exposed. People were just themselves. No phoniness. It resonated with me and made perfect sense. It wasn't my primary motivation, but definitely was true, as I would find out.

I was at a beach in NJ a few years back and it was one of the rare times I was brave enough to ask someone to put suntan lotion on my back. I often get burned because I am afraid to ask a stranger or I don't want someone to think I am using it as a come on. In this case, I asked an older lady who was nearby and looked friendly. I figured she might not mind rubbing lotion on a much younger man and, to my surprise even, she offered to put some on my buns too! Of course, I said yes. Definitely wasn't expecting that.

I have also traveled to some nudist/swinger resorts in the Caribbean, like Hedonism II, which has a nude side and a prude side. This is nice, because it allows you to dip your toes in the water, so to speak, or choose when and how you might want to go naked in public, or participate in the swing lifestyle or abstain altogether. I don't think you are required to wear clothing on the prude side, but everyone does it seemed.

The funny thing about nudist resorts is that most people think everyone is going to stare at them. The truth is, when everyone is naked, you end up blending in and don't feel like you stand out. It is the rookies who wear a bikini bottom or cover up somehow that are the ones that end up sticking out the most. Even though you are kinda required to be nude in certain parts of the resort, some women can keep a bottom on if they have their period or just want to use that as an excuse to cover their privates. Men who stroll into the nude area with a bathing suit on are quickly told it is clothing free (presuming they are voyeurs or curiosity seekers).
Tags:
Views: 2014
Related articles