I Call My Husband Daddy 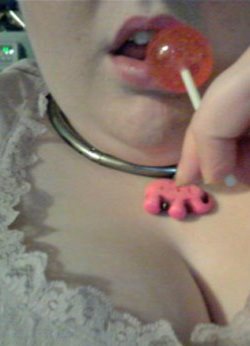 Picture taken by me
Growing up, I always knew I wasn't "normal". I always liked to take time out of my day to do things that you would typically see younger kids doing. I wanted to play with toys and color. I wanted to watch shows about friendship, and talking animals while other girls my age wanted to watch teen dramas. Now I've figured out that I'm what is called a "little", a term used mostly by the BDSM community and I'm finally feeling like I can embrace this part of me instead of holding it back!
First out, what the heck is a little? Well many people have different definitions, but the one I use is: An adult person who is interested in doing things that would normally seem like activities for children. Some littles have "Mommies" or "Daddies" who take care of and nurture them. Of course I don't mean they're actually related in any way. A Mommy or a Daddy is a Caregiver to the little. If you're familiar with any aspect of BDSM, think of the Mommy or Daddy as the Dom, Master, or Top while the little is the sub, slave, or bottom. The dynamic is sometimes called DD/lg which stands for Daddy Dom/little girl however it's also called Cg/l or Caregiver/little because boys can be littles and Daddies aren't the only Caregivers. I'd also like to point out that everyone involved in Cg/l is a consenting adult. If they're not consenting adults then it is not a Cg/l relationship and is not condoned by people within the Cg/l community.

Now that I've got that covered I'd like to tell you about my journey and how I discovered myself and my desire to be a little. As I mentioned in the introduction, I've always been seen as weird by most of my family. My mom and younger brother made fun of me relentlessly when I was growing up for still playing with plastic toys when I was over fifteen years old. I wanted to watch cute cartoons and things like that. I didn't want to watch the reality shows or teen dramas that other people my age were doing. No matter what people said though I couldn't make myself stop enjoying things like that. Even when I was about to graduate high school I was still playing with my toys and coloring with whatever broken bits of crayon my cousin would leave at my house. Because at my age I didn't "need crayons". They're "for babies" after all. So of course when I was moving out to live with my husband (boyfriend at the time) I was completely ashamed of my toys. I gave everything I had to my cousin and his niece and nephew. I was devastated, but I didn't think I had another choice. A grown woman on her way to college shouldn't play with toys, right?

For two years I collected a hand full of toys at thrift stores justifying it by saying things like "Oh, it's for nostalgic purposes" and things like that. I could never admit out loud that I wanted to play with them. I would just look at them feeling like a freak and attacking myself internally. Then one day I was on a kinky social networking site and I read a journal entry about "Things to do for every little girl". I was a bit confused at first, but as I read it I quickly realized they were talking about adults. I was fascinated immediately when I read things like "Don't forget to spoil her with ice cream", and "Learn the names of all her stuffies". I immediately went on to do as much research as possible about it. I was becoming more and more excited as I read. It just clicked all at once. This is me. This is what I want in life.

I told my husband about it, and he was a bit awkward about it at first. He didn't know how to talk to me when I was in "little-space". That's what it's called when a little wants to stop being big for a while and let their mind float away so they can have time to feel completely little. He would buy me coloring books, but then complain because I had too many. Without realizing it, he would say things that hurt my feelings. As ashamed as I was about my feelings in the beginning, it was even worse for me when I discovered I was a little.

I didn't know what to do at first, but thanks to different social networking sites I've been able to meet other littles and talk to them. It's helped me to become more confident in myself and to tell my husband what I want and why. That helps him to feel more comfortable with it.

It's been a little over a year since I told him everything and I'm so happy to report that things are fantastic now. I can call him Daddy without either of us feeling weird. He sometimes initiates me going into little-space and I feel comfortable enough to do it when he's around.

I guess I'm just saying that if you ever feel like you're weird, there's probably a whole community of people like you and you should never be ashamed!
Tags:
Views: 1179

Princess-Kayla ♥
Hi, I'm Kayla. I joined EdenFantasys June 2, 2011. When I first joined, I had a single sex toy. Since then I've expanded my knowledge so much. I now have over 100 reviews, and I'm a go-to gal for my friends when they need advice on toys.

I'm 24 and happily married in a super kinky relationship.