Why are kinky people kinky? 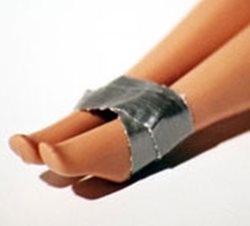 If it isn’t pathological then why do people do it? People have kinky sex for all the same reasons they have more conventional sex. It feels good. It’s fun. It connects them to their partner. But many BDSM activities are not what most people would consider fun and pleasurable. Often (though certainly not always) they involve stimuli that are usually considered painful. However, pain and pleasure are physiologically closely related. Pain triggers a release of endorphins inducing a chemical high. Whether the person’s subjective experience is one of pain or pleasure depends entirely on the context. If they are aroused and intent on engaging in a pleasurable activity with a trusted partner then sharp pain (such as a slap or spank) can be interpreted as intense pleasure.

But it is not uncommon for kinky people to have first encountered these desires in the course of normal childhood play, which indicates that (at least for some) it’s tied to genetics and/or very early childhood development. I experienced my first sexual feelings (that I can remember) when I was between the ages of 4 and 6. I discovered that I liked spanking one of my dolls. It was a weird and confusing kind of liking, which I now recognize as sexual. Others report similar experiences. Girls who tied up their Barbies and put them in cages. Boys who never wanted to be the cop but the robber who was cuffed and jailed.