Something I Wish I’d Known: A Woman’s First Penetrative Sex Shouldn’t Be Painful

by oneeyedoctopus, edited by Kindred Published: May 18, 2013 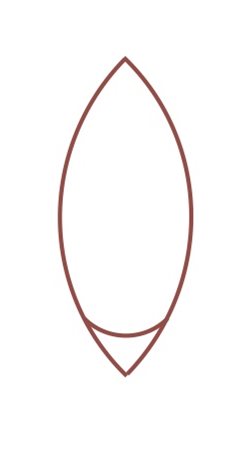 I’m annoyed that I didn’t know about this before I had sex for the first time. I had no reason to be afraid.

The Myth and Why I Believed It

The vast majority of my knowledge about sex (prior to having any) came from online sex stories. I thought the hymen was deep in the vagina and that inserting a penis for the first time would cause sharp pain, tearing, and bleeding. I shouldn’t be surprised that online sex stories have gotten female anatomy wrong. It certainly wouldn’t be the first time. I’ve also read stories that located the clitoris deep in the vagina and the g-spot in a variety of strange places. And I’ve read a surprising number of stories where women pee out of their vaginas. But this business with the hymen is so much more ubiquitous. Every scene that features a woman’s first time is painful. And it isn’t just amateur fiction. I’ve only read a handful of romance novels, but it’s there too. I just recently read 50 Shades of Grey and her first time had the same sharp pinching pain and bloodied the sheets.

It made sense to me that the hymen must be inside the vagina deeper than my fingers could reach. I could put my fingers in with no trouble at all. And I thought an intact hymen must be a reasonably good metric for virginity otherwise no one would ever think to use it as a test. Hanging out bloody sheets the next morning wouldn’t be a thing. I had heard that certain physical activities like horseback riding could break the hymen, but I’d never done anything like that. And the sharp pain and bleeding seemed like something I would have noticed. So as far as I knew, I had an intact hymen, deep in my vagina, that would be torn when I had sex for the first time.

For most women, the hymen is a thin, crescent-shaped membrane at the opening of the vagina. Some women have more obstructive configurations. In rare cases the opening is completely covered and requires minor surgery to allow menstrual blood to escape. But for most women it’s not in the way. You just need to be relaxed and aroused and stretch it gently. It doesn’t need to tear.

The state of a woman’s hymen is an incredibly poor method of determining if she’s ever had sex. It can be broken by activities unrelated to sex, and sexual intercourse can leave it intact. If the hymen is elastic, it can return to its “virginal” state, especially after a long period without any stretching. Or it might form stretched, wrinkly remnants called carunculae myrtiformes. Or it might not be visible at all.

But the truth is I haven’t heard many nonfictional accounts of a woman’s first time. I’ve read countless fictional versions of the story. And I think the story of the powerful man and the innocent, virginal woman is more exciting when he hurts her. I think that’s why it dominates fiction and so many people are so woefully misinformed. I’d like to see more people talking about the actual facts and challenging this ubiquitous lie that causes unnecessary pain and fear.
Tags:
Views: 1827
Related articles