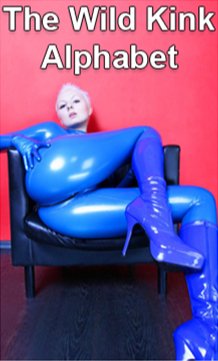 Kigurumi: Kigurumi refers to two separate things, anime masks, and baggy onsey-style pajamas usually modeled after cute cartoon animals. The baggy onesies aren't usually related with kinks and fetishism. The masks are usually worn as part of cosplays, which is where the sexual part comes in. Most commonly, men who are into kigurumi dress as female anime characters as a form of transvestism, often incorporating wigs, skin tone Zentai suits (to conceal body hair and imperfections) and whole outfits to go with the masks.

Macro: The kink or fetish for being large or playing with large people (not obese). We're talking 10ft tall and often much bigger. Sometimes this involves a growth fetish and vore, but not always. Sometimes involving crushing, this fetish, closely linked to dom & sub play, often involves seeing huge people (or being huge yourself) smashing things or stepping on people.

Masks: Not necessarily kigurumi, most mask fetishists are men with interests in transvetism, usually wearing masks modeled after beautiful women. Some mask fetishists enjoy them as a form of emasculation or submission, sometimes even enjoying being locked inside of a mask.

Micro: Often related to macro kinks and fetishes, this is the kink or fetish of being tiny or playing with tiny people. Tiny as in inches tall or smaller, sometimes involved with vore, feet and crushing. Like macro, micro is closely linked to dom & sub play. Many people who enjoy micro may enjoy somewhat "strange" forms of domination, such as a micro person accidentally falling into someone's food and getting eaten, without the knowledge of the eater. One micro-vore enthusiast once described to me that the appeal of micro-vore for him, was being so tiny and insignificant that your dominant isn't even aware that you are present, or are being hurt/eaten/crushed. Many micro enthusiasts enjoy being smothered or crushed by larger people's butts, breasts or feet.

Monsters/Creatures: This can describe a wide range of creatures, from tentacle monsters, aliens, werewolves, goo-monsters, even ghosts. People with this kink or fetish often enjoy the idea of being dominated by a large scary creature such as a werewolf (or being a creature themselves!) as a form of dom & sub play. People interested in monsters/creatures usually aren't interested in participating in actual bestiality, though this is not unheard of. Some people interested in this kink may simply enjoy the aesthetic appeal of something that is not the average human.

Necrophilia: Literally the fetish or kink for dead people. This isn't to be confused with people who enjoy the idea of zombies, vampires and other "undead" creatures. Necrophilia refers to actual inanimate deceased people. Closely related to extreme dom & sub play, people with necrophilia kinks and fetishes enjoy the idea of being in complete and total control of their partners. They may also enjoy that their partner is unable to respond and is unaware of what their body is being used for. People with necrophilia fetishes and kinks may not actually be interested in completely dead people, but unconscious people. Some may be interested in being strangled or beaten until they are unconscious ("dead") and then being violated sexually (or doing the strangling/violating). Some may enjoy this fetish because it is very closely related to snuff.

If all of this is interesting to you, read the two other Wild Kink Alphabet articles to find out about even more kinks that you never even knew existed! Maybe you'll even find something you would like to try!