Bisexuality in My Own Words 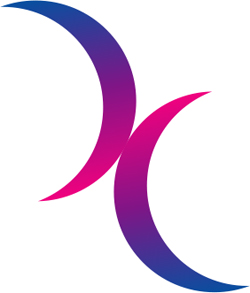 Why should it be that someone like me can have no fear when calling myself a lesbian, but upon discovering I like both women and men, be so hesitant to call myself bisexual? I hesitate because of all the popular misconceptions and negative connotations that are associated with the word.
While I’m personally not a proponent of labeling people, it is so much easier to explain your sexuality when you have a word to call yourself. I only wish I could feel comfortable and safe in the company of others that knew I liked both genders. So, for the purpose of enlightening the public, I would like to explain what being bisexual really means, in my own words.

Bisexuals are not confused. There was a time when I was very young, and I first heard the term, and thought that whoever called themselves a bisexual simply hadn’t made up their minds. It was inconceivable to me and everyone around me that you could like men and women and everyone in between. There was straight and there was gay, that I knew. But how could anyone sincerely be a little of both? Little did I know that sexuality is a spectrum, and you can fall anywhere on it. And little did I know that I would later re-analyze my position on that spectrum many times throughout my life. My life’s not even over yet! I know now that bisexuals are not confused. And I know now that bisexuality is not a halfway point between gay and straight where people sit while they ‘make up their minds.’ It is not always a phase of experimentation, either. Bisexuals can know who they are attracted to just as surely as anyone else. They just happen to have a more open view, not bound by gender. And there is nothing wrong with that.

Now the bisexuals that are in a monogamous relationship do not change their sexual orientation just because they are no longer single. A bisexual woman that is dating a man and is faithful to her man is not suddenly straight just because she is not with a woman. Sexuality is about who you are attracted to, not who you are with at the time. The woman could very well still be attracted to women, she could think about women from time to time and enjoy a nice-looking woman just as much as the next person. She is no less of a bisexual just because she is with a man and only a man. I know this is true of me and it is true of many other people.

And who is to say that to be a ‘real’ bisexual you must like men and women equally? I have heard many people talk this way, and it just isn’t accurate. No one gets to make the rules for me and my sexuality! The word ‘bisexual’ belongs to everyone, and it means something different to everyone too. A man could like men with the occasional exception for a woman, and he is welcome to call himself bisexual. A woman could like women all most all the time, with the occasional man thrown in. Or even the other way around. While it is possible for someone to like men and women equally, it is not a requirement for being bisexual.

Bisexual can mean a lot of things, but the word should have a positive connotation and not a negative one. If reading this helped you to understand me and people like me a little better, then I have done good today. All I ask is for you to be accepting of all sexualities, no matter where they fall on the spectrum, and maybe share this article with a friend or relative. Together we can make a more tolerant and welcoming environment for bisexuals tomorrow.

bh253
I am a woman living in the Pacific Northwest. Doing reviews and articles for Eden Fantasys combines two of my favorite things: playtime and writing. I am currently in a relationship and madly in love and my partner helps me do my 'research.' I'm just taking life one day at a time.

Other articles by bh253