SexIs Subjective: Equal Rights For All! 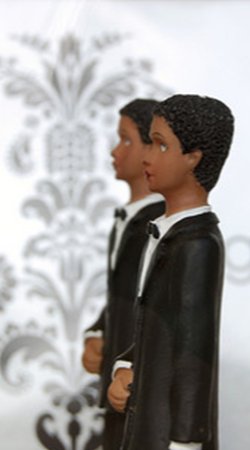 So when it comes to gay marriage, I am all for it! I may never marry a woman, but I would be glad if I had the choice to do so. It would make me feel empowered. That and I know I am not the only person who matters, and even if I wouldn’t do something, there is someone else who would. There is a person, somewhere, who would fully appreciate having that right and exercise it too. So, I will use whatever voting power I have to ensure all people have equal rights. If my vote makes a significant difference in one person’s life, I will be happy. I feel it is my duty to use my vote for the better good of the people. I am thinking of the people who just want to legally marry their partners. There are enough selfish people in the world who think only of themselves when they vote. I don’t really care if gay people make you uncomfortable; there is no reason why any group of people should be denied certain rights. It’s wrong, and it makes me sick to know that some people have enough hate in their hearts to keep two people who love each other, and happen to be of the same sex, from marrying legally. And that’s all I have to say on the matter.
Tags:
Views: 1535
Related articles

bh253
I am a woman living in the Pacific Northwest. Doing reviews and articles for Eden Fantasys combines two of my favorite things: playtime and writing. I am currently in a relationship and madly in love and my partner helps me do my 'research.' I'm just taking life one day at a time.

Other articles by bh253