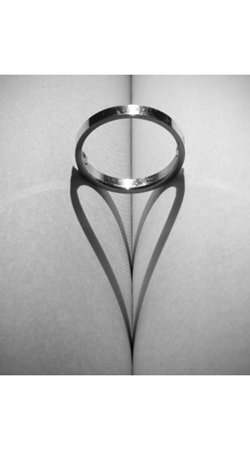 FreeDigitalPhotos.net
Marriage equality is a sensitive subject. Should marriage stay true to the tradition many are trying to uphold? If you ask me, I think that some traditions should be broken so a new one can take its place.

"Why is it that, as a culture, we are more comfortable seeing two men holding guns than holding hands?"

One thing that I have learned about people is that you can't change their mind about something they feel in their heart. That doesn't mean we can't still voice our opinions to those who disagree with us, I just believe that if we want to be heard we need to respect their right to feel differently. My family was very Christian so I heard a lot of talk about how wrong it was to be gay. At one point when I was younger I was very involved in the church but even then it felt wrong to deny someone the right to love whoever they wanted. I kept quiet about my secret feelings because I feared being ridiculed for something I couldn't help. By the time I reached 8th grade I admitted to my best friend at the time that I thought I might like girls as well as boys. She was openly bisexual so I felt comfortable confessing my secret to her. We dated briefly but I wasn't ready to let everyone know yet so we broke up and stayed friends.

One night my very "Christian" step-dad used the word f*g when talking about a gay customer and I lost my cool. This was the first my parents had even heard that I was for gay rights and it was not okay with them! Despite my upbringing I remain strongly in favor of same sex couples having the right to marry. I have many gay and lesbian friends who I would love to see marry their partner, love and marriage should not be reserved for heterosexuals. How is it possible that Kim Kardashian can divorce after 72 days of marriage and still have the right to marry again if she chooses to, yet my hairdresser who has been committed to her partner for 17 years can't? The tradition of marriage also includes "till death do us part" but that is obviously disregarded because it is convenient for those making their argument against same sex marriage.

Of all the issues that are important to me marriage equality is #1. I've only had two short term relationships with girls because I learned I prefer guys when it comes to relationships. My heart breaks every time I realize I can marry my significant other whenever we are ready just because we fell in love with the opposite sex. No matter what way I look at it, I can't seem to make sense out of why so many great couples who truly love each other can't legalize their love like I can. I hope one day soon same sex couples will have the same rights that straight couples have. A house filled with love hosted by a gay couple isn't any less of a family than one with a straight couple.
Tags:
Views: 1362
Related articles

ShadowedSeductress
I'm a young woman with an old soul. So much so, I usually forget just how young I am. I'm in a monogamous relationship with my boyfriend of almost 3.5 years.

3 things I love the most: Sex toys, shoes, and makeup. I am truly a girly girl!

I like my sex rough but vanilla still has it's place in our relationship. I'm a submissive with a bit of a rebellious side, and I enjoy a good flogging! Feel free to get to know me(: