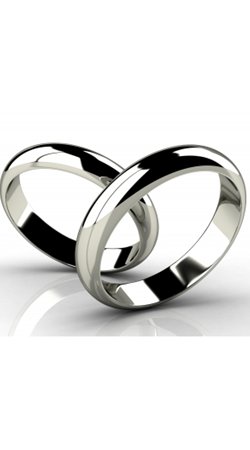 freedigitalphotos.net
Marriage equality is a big issue and I wonder, why wouldn't we allow people to get married, and why would it affect my marriage?
Gay marriage is a hot topic in society these days. Talk with one person and they'll defend gay marriage staunchly and the next person will denounce it. I work in a very gay-friendly industry and I will say that there is no reason that anyone should be kept from marrying who they love. Being able to express your love in that public way is affirming and uniting for a couple and I don't want to see anyone have that kept from them.

People worry about the sanctity of marriage and I say that is all in their opinion. Someone loving another person ruins your marriage? I'll tell you it doesn't do a thing to mine, because it's between my wife and I. Besides, about half of the "traditional" marriages in this country end in divorce so why would heterosexual people deny something to homosexuals that we don't really hold in high esteem anyway?

I grew up in the Southern United States and went to a Baptist church growing up. I was taught that homosexuality was wrong, but I was around a large number of gay people growing up because of a family business and saw no difference between them and me. My wife's best friend is gay and would love nothing more than to be able to marry his partner in the state they live in. They've been together over ten years and want to have a family together. What should keep them from being able to enjoy the same privileges that my wife and I do? I was always different from most in the town where I grew up and I still am today. I've signed petitions to allow same sex marriage and feel that it is every person's right to be able to do this.

When it comes to homosexual couples enjoying the same legal rights as heterosexual couples I say that the time is way past due. I have a family member who is gay. She had surgery a few years ago and her partner, who is her emergency contact, was almost kept out of the recovery room because she wasn't immediate family. Only after my mother, my father and I all vouched for her would the nurse let her by. And she did that begrudgingly. It made my family member's partner, whom I consider to be family and my son refers to as "Aunt" as well, feel awful. I feel that denying homosexual couples the same legal rights is discrimination, as bad as racism, just in a different form.

I'm sure my view has been swayed over the years by the examples I've mentioned and other couples I've seen be treated differently just because they don't love someone of the opposite sex. I find it sad that people restrict these rights and I'm going to do my part to help everyone be able to love equally. Isn't it time we did so?
Tags:
Views: 1489
Related articles