A Chicken Sandwich Vs. Marriage 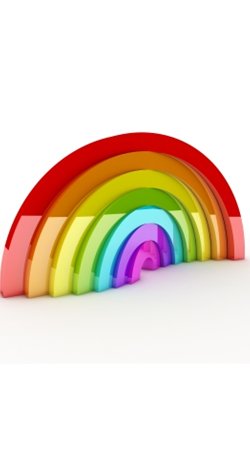 freedigitalphotos.net
I'm sure you've heard about the recent furor over the comments made by the president of Chick-Fil-A regarding gay marriage. I think his comments may be wrong, but it's not going to stop me from enjoying their chicken sandwiches.
The topic of gay marriage is a very touchy one, not just in the United States, but worldwide. Many of you are probably aware of statements made by the president of a fast food chain, Chick-Fil-A recently. The president, Dan Cathy, came out against gay marriage and in favor of "traditional" marriage. Many people are now outraged about the statements made by Cathy and calling for a boycott of the chain and its food over their policies and practices.

Let me first preface all of this by saying that I am from the Southern United States. In fact, I know several members of the Cathy family, as we are all from the same hometown and I've been eating at Chick-Fil-A my entire life. If you gave me the choice of a Chick-Fil-A sandwich or a good steak I would certainly hesitate before making my decision.

That being said, I think what Cathy said is wrong. Gay rights in this country have come a long way in the past thirty years, but marriage is still a hot-button issue and one that needs to be addressed. I see no reason why homosexuals shouldn't be allowed to marry and have the same rights that are offered to heterosexual couples. It is the same type of discrimination that African-Americans had to face in the early and middle part of the 20th century, though just with a different facade. People should be supportive of those who want to marry, not wanting to exclude whole groups of people from participating.

Because let's be honest, with divorce rates at nearly fifty percent in the United States, it's not like heterosexual couples are holding up the sanctity of marriage all that well. People are worried that by allowing homosexuals to marry they will be destroying the sanctity of marriage, but it sure looks like heterosexual couples have done plenty to harm that image already.

I think we should be more inclusive to homosexuals in our communities. I have great friends who would love to get married, but because they are two males who happen to love each other, they are not allowed. I have a family member who has refused to come out of the closet even though she's been living with her partner for nearly two decades, because of the scorn and judgment she would incur from other family members. I don't care who you love, just love somebody if that's what is going to make you happy. We only get one go round with this life and we should be enjoying every second we have, not worrying what other people are doing with their lives.

So you would think that because of my stance being pro-marriage that I am going to forgo my pretty healthy addiction to Chick-Fil-A right? And with that I will say no. Boycotts are being called for regarding Chick-Fil-A, but I won't be participating, although not because I'm not in favor of gay rights. In the United States we have the right to free speech and that is what Mr. Cathy was practicing when he made those comments. He has every right to say and feel what he thinks. I think he's wrong, but it is within his constitutional rights to say that. It's also within my rights to ignore his business.

And I'll be honest about something; if I thought it would change his mind on the issue I would consider it. I believe in standing up for what is right and for people that I can help, but I also know when something is not going to change. And by knowing some of the Cathy family, I know that they are never going to change their stance on this subject, which is within their right.

Was anyone surprised by this statement, coming from a person who operates a company that is closed on Sundays? This shouldn't have come as a shock to anyone. And as a privately held company, this is totally within their rights. If this was a publicly held company a boycott would certainly do some good as once the board would have to start answering questions about why profits are dipping things would change quickly. But that is not the case here. Their stance will stay the same and those who support the views expressed by Mr. Cathy will keep the company thriving.

And so I've been torn between making a personal statement and enjoying a chicken sandwich or biscuit. So what did I do? I consulted a friend of mine, Jamie, who is out and proud and loves Chick-Fil-A as much as I do. When I asked him if he was going to boycott the chain he said no. We talked for a while and the gist of what he said is this, he thinks Mr. Cathy is close-minded and wrong in his views, but it's his right to think that way and that doesn't have an effect on how good the chicken is. He's not going to change his mind so why abandon something that makes him happy?

So I've made my peace with the situation. I think the stance taken by Mr. Cathy is wrong, though it doesn't necessarily reflect that of the company. I'm a supporter of gay rights and work in a very gay friendly/dominated field. I feel like I have done my part to help further the community's cause so I won't feel guilty about eating a chicken sandwich. The sad thing about this to me though is that gay marriage is still an issue at all. I'm just looking forward to the day when everyone is treated equally regardless of their sexual orientation.
Tags:
Views: 1253
Related articles