Don't Get Into A Fight With A Penis Pump... 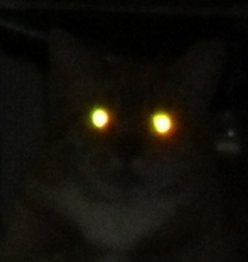 We have all had that moment, the deal breaker... but what do you do when the moment lingers? Well, just ask me. I seem to have, well, weird luck. Not good luck or bad luck; just weird luck. So, how does a penis pump enter into this? Keep on reading...

Gingerly, I dabbed a bit of concealer over the bridge of my nose and under my right eye. Since I rarely wear makeup to work, I figured this should do the trick! I grabbed my glasses, swiped the brush through my hair and made my usual mad dash to the kitchen for my coffee. As I zipped around the entry my husband, stopped, backed up and shook his head. "Still see it?" I asked, he nodded, I then went back to the bathroom.

I popped my contacts in - well, one of them anyway, the other one was very difficult to get in courtesy of my swollen eyelid, black eye, and cracked or broken nose. Grabbing my hubby's sexiest pair of shades, I finally exited the bathroom knowing that my black eye might be hidden now--but what the heck was I going to do at work all day? I had a few clients coming in for final design proofing.

I went into the kitchen and grabbed my coffee. My husband was looking at me with a sad and concerned look. "I'm sorry," he said bringing his hand up to my cheek, "I didn't mean to break your nose last night". As I flinched from his touch on the battered side of my face, I started giggling. Next thing I knew, we were both laughing so hard that we had tears running out of our eyes.

I had gotten my ass kicked by a penis pump. One that was fully... cocked and loaded. **Note to self- next time we are playing with dangerous toys, do NOT experiment with any position that places me in the direct range of fire.** While playing around with the pump, my husband had this wonderful idea, and yes, I fully supported it. What if I was to lay my head on his side and then be able to watch him play with the pump? Once I figured out the pressure he liked, then it would be my turn to tease and please him with it. Sounded pretty smart, right? Have him show me what he likes and then let me play - no harm or overdone pumping.

Just as I informed him that I was going to… “WHAP!!” Stars and darkness appeared in my eye! The pain was terrible - my nose was leaking everywhere – what the hell had happened? I do not normally squirt from my nose -but there is something too - the throbbing and the pain!

My husband jumps up, getting off the bed. WHAP! Again -across my nose! With tears flowing copiously down my face, I realize I am in a serious life and death match… with the penis pump! And that baby was fully loaded - if you get my meaning.

Blood pouring out of my nose, my poor three-legged husband tryed to get away to grab a towel to help me - I wrestled that pump down and pressed the release button. No way was the pump going to beat him up as well! It was bad enough getting my butt kicked by it - but both of us? Not if I had anything to say about it!! That pump might have won the round – what a full on deal breaker - but I won the war. With one push of the release button - it surrendered its hold on my husband, therefore making it incapable of continuing to beat the heck out of my face.

My husband was horrified at the damage his 'cocked' and loaded pump had done to my face....all in the name of fun and safety.

He grabbed me a towel, and ice pack, and I took a rain check. After all, I fought the pump, and the pump won. So, what did I tell my employees and clients? Not a dang thing! I just smiled as I went into my office, told my employees that I did not want to be disturbed and shut my door.

Honey, I really NEED a donut!

After a few glasses of champagne at a friend's wedding, my hubby and I decided to get wild and crazy. We had nothing but time and, since we were leaving for our vacation in the morning, what better way to spend the night than in some hot and wild positions. Give me another glass of champagne and see what happens!
And what did happen? A brilliant idea! One we hadn't come up with before... guess whose idea this one was?

I figured there was a reason doggies do it in the position they are usually found while having sex and proudly got on all fours. My hubby went to work and- PAIN!!! I could not breathe!!! It hurt soooo bad, I thought he had just ripped me a new asshole, literally. And guess what, this is not just a saying! It really does happen folks!

So, as soon as I let him move - realizing the sooner he would exit - the faster I might feel better, we realized we had reached a deal breaker! Yep, we were going on a 1400 mile car trip and I had a new...asshole. After cleaning up, soaking in the tub and -declining the trip to ER, I mean, what would I have said? I though, “No, I am a tough girl, I can do this, I can!”

Oh- you want to know about the trip? Never again will I go on a long car trip with a broken butt!! A cracked one cannot be helped, but broken? Hell No!
-After 50 miles, Wal-Mart for 3 pillows.
-About 30 miles after that, back to Wal-Mart for the Donut pillow.
-We hit the top of the pass, 250 miles, I need a doctor!!
-Seventy-five miles later, NOT getting out of the car, I don’t care if we are at the hospital! After all, what am I going to tell them?
-Hubby was a sweetie-he developed an "immediate sprained back" and was awarded pain pills from the ER doc!
-The long car ride turned into a 2800 mile round trip of me bitching! This was a definite deal breaker, and don’t forget the two years of “no ways” after this incident.

There have been a few more deal breakers in our relationship, you can't have sex for sixteen years and not have a few mishaps! These are two of the more memorable ones, though. I have to say there are some that were pretty close, like the time when we decided to do a slip and slide using Wet Silicone lube... just try to get that out of your hair! Yeah, 6 shampooing’s and counting -I think it was somewhere in the range of about one full bottle of shampoo, later, that we had reasonably silicone free hair. Or the time when we decided to get busy on a back country road, the cop, that knocked on our window to inform us that there was a large subdivision around the hill, was about as embarrassed as we were. Well, at least I can say – it has been an adventure!

You know, looking back on our many and varied deal breakers, I can honestly say--I wouldn't have missed a one! Yeah, I usually got the worse end of the deal and some things were permanent and painful, but they were ours - our personal, and until now, private escapades. We can smile about them and laugh together, now that the pain is gone.

Sometimes it is the deal breakers that you share together that are relationship makers that keep you sharing together. After all, if there are no misadventures, you must be doing something wrong,or, you have much better ideas than we do. But Seriously, sometimes when you do have that great idea - and it actually works - it is worth the times when sex worked as a weapon and the bullet was a deal breaker. Those are the times that keep you smiling together!
Tags:
Views: 1426

My husband lets me know all the details about his toys, how they feel and what he likes/dislikes about the item. I translate it into an informative review & add my two cents, of course!

I have a serious lingerie fetish, primarily with corsets & bustiers, and he likes me in fishnet, nylons or stockings. Body & bath items are one of my guilty pleasures, I love using them in the tub and shower to pamper myself and feel sexy.

I have reviewed over 350 items, am proud to be a mentor, have published articles on Eden Cafe and Sexis and I am one of the top 3 highest ranked members on the site.

Other articles by js250