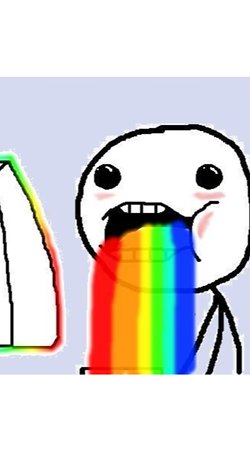 Ever wonder why the phrase "fuck me like you hate me" is so popular? Recently, rough sex and bondage have been explored by many couples and for good reasons.

"It's so long since I've had sex, I've forgotten who ties up whom."

Why all the buzz?

Rough sex has become very popular in these past few years. Bondage specifically has grown among couples significantly. It’s no longer seen strictly as a fetish, but a common act that a couple can engage in. But there are also varying degrees of bondage that can be seen through almost any couple.

The light stuff includes some light hair pulling and some ass smacking. This can be enjoyed by almost any couple without too big of a risk, and it can sometimes expose your partner to a different side of sex. Doggy style is also one of the more intense sex positions which can be used for deeper penetration in rough sex, and a very well-known one. Although it’s popular, missionary is still #1 in popularity worldwide. A hand around the throat is also a very dominant move in bed, but you should be careful not to actually choke out your partner. A little breath play is fun but it can be dangerous.

So where’s the center point? When is some bondage enough or too much?

It varies from couple to couple, but you can’t go wrong by starting off slow and simply gauging the reaction of your partner. A big part of bondage (even the light stuff) comes from the dominant/submissive roles that men and women can fill. It adds the aspect of master and slave, owning and being owned. This can greatly intensify sex. I do not know firsthand how feeling submissive feels, but I think this quote by sweetoldetc from Reddit sums it nicely "To me it's kind of empowering... I don't like being treated like I'm delicate or frail. I can handle a lot in bed, and I like being with someone who recognizes this and embraces it rather than being with someone who is constantly worrying about if I'm in pain or uncomfortable. If something's wrong, I'll say so -- but until it is, don't worry about breaking me. I'm not made of glass."

The idea of a man being so enveloped by lust, desire, and passion that he simply can’t be gentle with his partner seems to turn a lot of women on. The thought of disregarding carefulness and gentleness in order to indulge in the act is indeed a really great feeling. It’s almost a primitive emotion; raw lust like that is hard to find.

Personally, I am a fan of bondage, however light. I’ve always loved being dominant in the bedroom and really making my partner mine. The first time my girlfriend asked me to smack her ass I knew this is something I’d be into. Eventually I took on a little hair pulling and arm-restraint. I swear I’ve never heard her scream like that. I really recommend you talk about it a little and try to incorporate a little bit of bondage whether you’re submissive or dominant.
Tags:
Views: 2734
Related articles