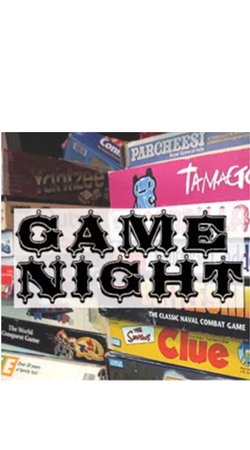 There are plenty of games generally played by kids that have been adapted to adult games. I discuss a few games like this, give one I started using and wonder what would have to be done to others to make them work as adult only games.
It’s not often when you find a game for kids that you can use for adult uses. I’ve never heard of anyone playing something like strip Monopoly. But I was recently thinking it could be done. Like if you want to play longer than when you run out of money, you sell your clothes to another player.

I’m sure most adults have heard of playing an adult version of Twister. I remember seeing a video of some girls playing Twister and they got creative. Instead of red, they changed it to pink. Every time it landed on red after that, each player would place whatever body part on another girl’s pussy. Really wish I know what site I saw that on. It was a pretty good video.

As far as I know, there are plenty of games that have not been turned into purely adult games. It seems to be more common for games that were already adult games. Like poker to strip poker. Dice to love dice. Probably plenty of other games made for adults to gamble with that were turned into games to strip to or add some spice to sex. But some time ago I found a game that is probably meant for teens or older kids to adults. Jigsaw Puzzle Platinum was a game I got years ago and it didn’t take long for me to turn it into something of a porn game. Since I didn’t want any of the pictures that came with the program, I deleted them. Then I replaced them with nude pictures of women. Sometimes I used regular nudes, sometimes I used lesbian pics and sometimes I think I used boy-girl fuck pics. My favorite was to use public nudes. The reason for that is because they usually have a lot of colors. Windows, signs, grass, people wearing clothes and various other things make them much easier to put together. I learned however that using black and white pictures was not a good idea. Even with a lot of variations of grays, they are really hard to figure out what pieces go where.

Some of the stranger pictures I have used are those like Scooby fucking Velma or Splinter from Teen Age Mutant Ninja Turtles fucking that reporter chick. The reason I consider them to be on the strange side is because it’s kind of bestiality. Granted Splinter and Scooby are characters who walk upright and talk like people, but they are animals. Then again if you watched the remake of Planet of the Apes and thought about it, it was basically promoting bestiality when the main human character falls in love with an ape and I would expect they did some fucking. A love story wouldn’t be the same without sex.

I will most likely get back to using pictures of actual naked girls instead of cartoon characters for these puzzles. Mostly because I can’t seem to find as many nude cartoon pics that I want to use as I can of naked people. Maybe I will even use some boy-girl fuck pictures. But I prefer lesbian strap-on pictures.

I kind of wonder what games would be hard to use as purely adult games. Like using Risk as an adult game. I’m not sure how a strip Risk would work. Trading clothes or sexual favors for territories or countries would work best if you were playing against someone who was really starved for sex. “I’ll fuck if I win right now.”

Maybe the game of Stratego would work if a player had to remove an item of clothing if they hit a bomb. I won’t be surprised if a number of you don’t know about that game. I would love to hear some other suggestions on games that would be difficult to use as strictly adult games. I think it would be funny to see an adult version of the Pokemon trading card game. But then again that could be really weird and or creepy looking.
Tags:
Views: 1358