Purr-fection: Why I Love Catwoman 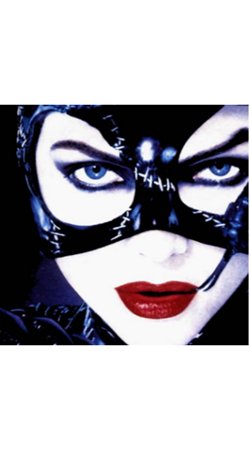 http://www.comicvine.com/catwoman/29-1698/all-images/108-207754/catwoman/105-778569/
While the infamous Catwoman is no doubt a sex symbol, there's more to love about the femme fatale than just her sex appeal.
First, let’s take a look at her skill set. She’s in peak physical condition. Her gymnastics routine would wreck any competition in the Olympics. On top of that, her hand-to-hand combat abilities would have any opponent on his or her back in three seconds flat. Her whip skills are a match for even the most experienced dominatrix. She’s mastered dirty talk and she can even bring billionaire, ladies man Bruce Wayne/Batman to his knees. And she does all this while effortlessly prancing around in stilettos.

But my love for Catwoman isn’t as shallow as a desire for her sex appeal. The one quality of Catwoman that is her iconic trait in whatever comic or film she appears in is her unwavering independence. She is no one’s unappreciated sidekick or underling. Even when Batman is in town, he knows he’s met his match. Catwoman is always in control. With so many variables present in everyday life, a sense of chaos tends to be present more frequently than a sense of control. This manifests itself in countless forms, and I won’t lie, I do lose sleep over it. I worry about whether or not I will be able to find employment soon after my college graduation. I worry about my student loans. I’m even concerned about someone hitting my car when I’m driving from point A to point B.

Now, I am more than aware that my problems could be much worse, but the point here is that there are many aspects of my life that require me to just “go with the flow.” I don’t like that and I know I’m not the only one. A strong sense of independence stems from a sense of control and as women of the year 2012, we often attribute independence with success. The times in our lives that we are required to just go through the motions without much of a say tend to affect us more than we let on to others, or often admit to ourselves. When the balance of things I have a handle on and the things that are out my hands is tilted in favor of the latter, I’m never at ease. Lately, it’s been that way. I’m sure it feels that way for many of us.

And then there’s Catwoman. Here’s a singular woman thriving in the underground of a city (albeit fictional) that makes Detroit look like a place that should be featured in a vacation brochure. She makes it look easy. Nothing can affect her or keep her down, not even the pressure of walking along a morally ambiguous line or the gauntlets and gadgets of the Batman. She does what she wants and doesn’t care what anyone else has to say about it. Her life is her own and hers alone. And for me, she is the number one role model for the unconditional independence I hope to be able to wield at some point in the (hopefully near) future.

Not to mention she looks good while living it.
Tags:
Views: 1330

Other articles by clockwork451