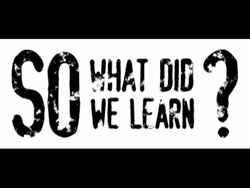 When I was a little kid I was a total weirdo. I would talk to anyone, anywhere. Homeless guy on a bench? Tell me everything. Mother at the park swinging her child? Let's chat about swinging and did you know my grandpa died when my mom was a teenager and her mom is crazy and did you know my neighbor Mrs. Pinkski has a little dog and she thinks I stole her tulips but I was on roller-skates?
Seriously, I spent most of my time in the presence of strangers, and I never held back telling them every detail that fascinated me.

I remember once, when I was living with an aunt and uncle, my uncle's employer was having a company picnic. I wandered off to the play area, where a woman sat alone, staring off at nothing. This was clearly an invitation to sit next to her and tell her all sorts of things, including that my uncle's boss was a real jerk and my uncle hated him. Of course, I was sitting next to the boss's wife, and I spent a few months in fear after that, wondering if she'd told her husband what I'd said.

But I'm an adult now, and the oversharing never really stopped. I'd say it's partly who I am deep inside, partly the result of starting therapy at age seven, and partly the fault of the internet. My oversharing is no longer limited, giving me access to say a lot of things to a lot of strangers. And since I've been online, my real life oversharing has gotten even worse.

So, how do I change it before I let it ruin friendships and relationships? Can I change it? Should I? What do you think?