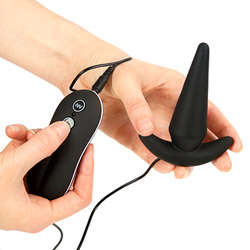 Perfect plug: smooth, versatile, and with a great base

This toy is a great option due to its versatility. It can be used as a G-spot stimulator, with double penetration, vaginally, anally, clitorally, and even as a massager elsewhere on the body. The multiple vibration patterns mean that you are bound to find at least one you will like. The plug is perfect in every way except for the blinking red light which is easily fixable. This plug is well worth the money.
Pros
- 10 vibration patterns
- Smooth with no seam
- Easy to use and clean
Cons
- Red light is distracting and very bright
Rating by reviewer:
4
extremely useful review

The toy is all silicone and does not have a seam, making this plug very smooth. The toy is well designed, with a small tip for easy insertion and a winged base that fits nicely between your butt cheeks. The plug's base and tip are flexible and the core of the plug is firm. The wired remote is made of hard plastic. The plug was very easy to use thanks to the smoothness of the silicone and the small circumference of the tip.

Here is a link about silicone if you would like to read more about it. 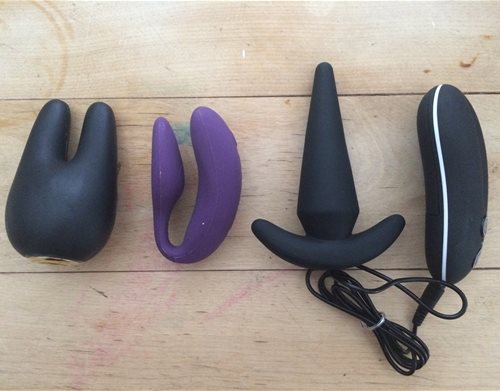 The design of the toy is well thought out. The winged base is nice and fits between your cheeks comfortably when sitting or standing. In my experience, I have found T-shaped bases more comfortable and less likely to slip inside my asshole. 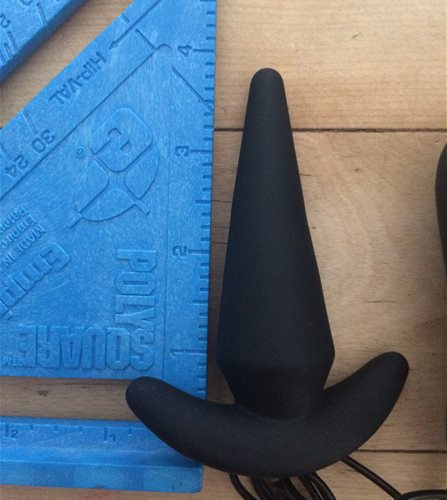 The total length of the plug is 4 inches with 3.5 inches that are insertable. The circumference of the plug is 1 inch at the tip and 3.5 inches at the bottom. The base wings' spread a total of 3 inches. The wire measures almost 32 inches.


The remote has 2 buttons and a red power light on it. The top button controls the vibration patterns while the bottom button turns the unit on and off. The red light is the biggest downside of this plug. The red light blinks with the vibration, which was distracting to me and my wife. I covered the light with a piece of tape for the time being and it solved the issue. I’ll disconnect the light or paint over it later.

The vibration in this toy is very strong. Some of the patterns were too strong for my wife to enjoy. There are 10 vibration patterns to choose from. There is a low, medium, and high constant vibration and the rest of the patterns vary in intensity. At first look, it appears that the cord is going to be very short, but once we used it, we found that it was a perfect length. The cord was long enough that I could hold it while have sex from behind or in cowgirl. My wife could hold the remote while the plug was in her anus, with the cord between or around the outside of her legs. When the toy is inserted anally, there isn't much distance between where the base ends and the vaginal opening is, but the plug did not get in the way during sex. The vibration is strong and can be felt by both people if you are having vaginal sex while the plug is inserted in the anus.

The plug worked well on the clitoris. Some of the vibration patterns have the vibration in the base and not the tip. We needed to move the plug around when changing patterns to effectively stimulate the clit, but my wife enjoyed it. The toy is waterproof, but we did not try it in water. The remote does not appear to be waterproof so I would suggest not using it in water. 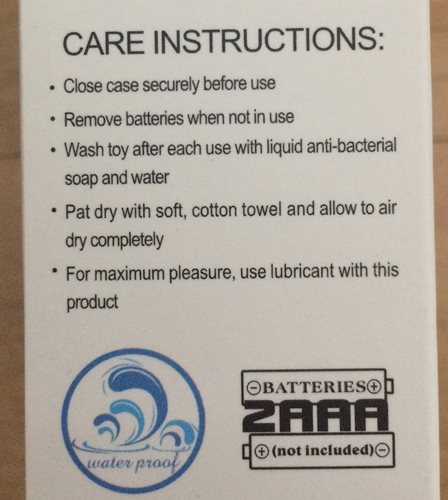 Directions on the box

This toy is easy to clean with just soap and water. The plug is made of silicone, but since it has a motor, I wouldn’t suggest boiling it. The toy is waterproof but keep the remote out of the water. I would suggest cleaning the plug in the sink and setting the controller on the counter under a towel so it stays dry. Keep silicone toys away from silicone lubricant. However, you can use any other lubricant you want besides that.

The manufacturer suggests taking the batteries out of the unit while not in use. Air dry the toy before storage.

Front of the box 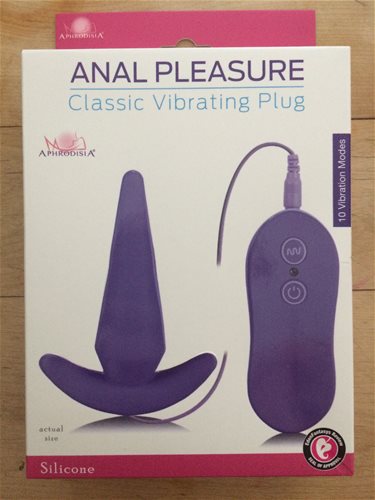 Back of the box

The package arrived in a normal brown box. I was most thankful for this because it was delivered to my neighbor's house! The actual product box was very nice. The front of the box had clear plastic that allowed me to see the toy. On the back, it had a picture of the toy. The side of the box contained the cleaning information.

The plug is not great for vaginal use due to the size (length and girth felt odd to my wife), but if you angle it correctly, you can somewhat hit the G-spot.
This product was provided free of charge to the reviewer. This review is in compliance with the FTC guidelines.