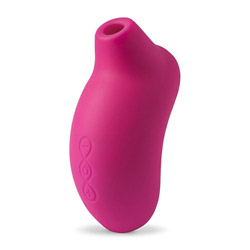 As Good as Gold!

Before purchasing Sona, I wondered if I really needed her when I already had a Womanizer. But the journey is as important as the destination, and while Sona gets you to the same place as similar toys (orgasm), the experience getting there is unlike many others I've had. Ultimately, the tremendous quality of Lelo products combined with the deeper sensations and intriguing patterns make Sona a must-have clitoral stimulator.
Pros
Beautifully designed
Fantastic modes/patterns
Waterproof
Cons
Not as strong as I would like
Color and shape are not discreet
Rating by reviewer:
4
extremely useful review

Sona is packaged as nicely as all Lelo products, but perhaps not as impressively as their larger toys if you want the box for gifting and/or storage. Inside the small box is the toy, the charger, a sample of Lelo's water-based lubricant, warranty information, and a very short version of the instruction manual. If you want to read the whole thing (as I always do), you have to download it from the Lelo website. This annoyed me because it introduced an extra step between me and using my toy, but I also appreciate anything that helps reduce the amount of paper wasted. 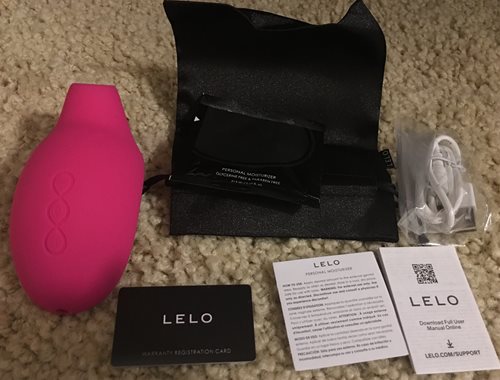 I was expecting the bright pink (cerise) color and Sona's soft silicone, but was surprised that the back of it (the part that rests against your hand) was a metallic gold, cool to the touch. This might help explain the naming of the toy: Sona is a girl's name that means "gold." And of course, Sona is so named because of its sonic technology, but more on that later. 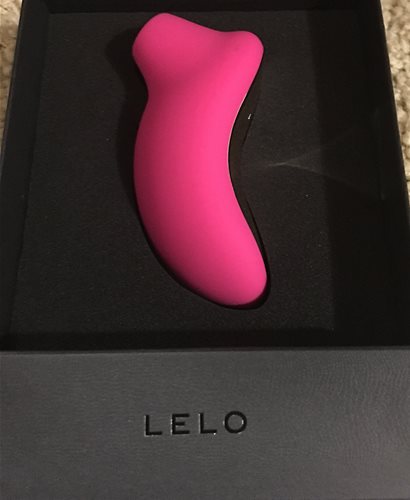 Charging is supposed to take 2 hours, but mine was done in 1. It's very easy to tell when your Sona needs to be charged, as it will emit a blinking white light. While plugged in and charging, a red light will pulse, which turns into a steady red light when charging is finished.

The big selling point of the Sona versus other similar toys (the Womanizer and Satisfier products) is that it promises to stimulate the entire clitoris with its sonic waves, not only the part we can see. Having recently been absolutely wowed by the Womanizer 2 Go, I was eager to experience how the Sona compares.

For my first use, I decided to take advantage of the completely waterproof design and brought Sona in the bath with me. With the water running, the toy could barely be heard (though it was impressive to see the water reacting to the sonic pulses). Use is very simple: just place the circular opening against the clitoris and hold. The + button turns it on and you press and hold - for two seconds to shut it off. Once on, you change vibration modes with the patterns button (in between the + and -) and can increase or decrease intensity for each mode.

Taking the Sona out of water for further use, I discovered that the noise level increased (but the sensations were no less outstanding). Unlike the Womanizer 2 Go, Sona is louder pressed against you than when turned on in the open air.

The truly standout feature of the Sona is its patterns. Normally, I am not a fan of patterns at all and prefer just straight vibration, but I find myself utilizing Sona's different modes more than on any other toy I own. Be warned, however, that it does not remember what pattern you were on if you need to shut it off.

Lelo recommends applying a little lube on the clitoris to help Sona really work its magic. Make sure to only use water-based lubricants, clean with antibacterial soap and water, and store away from other toys.

Due to how Sona is designed to be held, I'm not sure if it would be effective for couples' play. 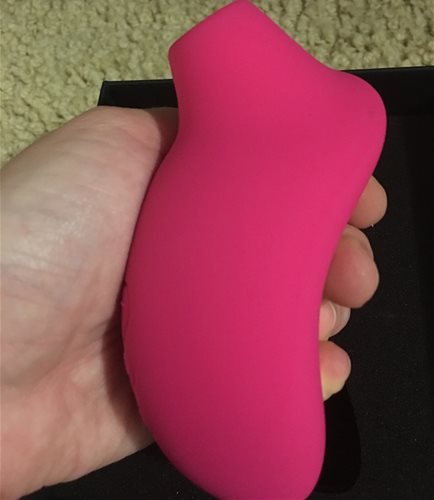 As mentioned earlier, the vibration modes were a surprise hit with me. I've described them as best as I can, in order from when you turn Sona on:

1) Steady vibration
2) Pulse
3) Faster pulse
4) Shorter fast pulses
5) Crescendo
6) Revving up and down
7) Combination of 5 and 6
8) Pulses and rumbles (almost sounds like music!)

The deep, rumbling sensations of the Sona are not quite as strong as the Womanizer, but perhaps more complex. While the Womanizer 2 Go instantly knocks your socks off, Sona gives you a slow burn, a gradual build up that is helped along by the patterns.

Sona gives a much deeper clitoral orgasm than I'm used to. If the Womanizer 2 Go produces fireworks, the orgasms from Sona are more like canon fire. It takes me about 5-10 minutes of using Sona and playing with the different modes to orgasm, but the tradeoff is worth it if you can spend the time. 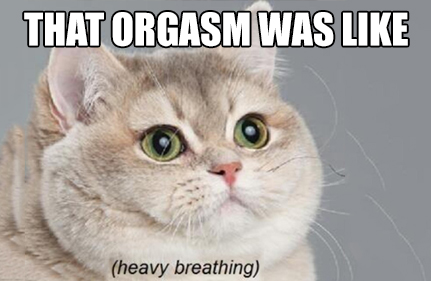 Follow-up commentary   I still like it 3 months after original review
Two months later, I'm still very happy I purchased the Sona. It's unique enough that I haven't gotten bored of it, but reliable enough to do the job almost every time. Highly recommended!
This content is the opinion of the submitting contributor and is not endorsed by EdenFantasys.com