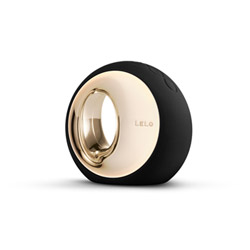 Difficult to figure out how to use effectively, but definitely worth the discovery

Overall I rate it about 3.7 overall. The concept is there, but the difficulty and confusion to use the buttons while actually using the toy, get so frustrating. It definitely seems to me that the ORA 2 was designed by a man, not a woman. The lack of attention to the vital elements and features that make any sensual toy easy to use, and allows the user to just focus on the sensations, were totally overlooked and sacrificed to focus on the development of the new technology and design.
Pros:
Soft sensual experience, innovative technology, waterproof and a great addition to bath-time
Cons:
Hard to figure out controls, placement/design of control buttons, hard to clean
Rating by reviewer:
4
extremely useful review

The new LELO Ora 2 absolutely nailed it when it comes to simulating the real thing. The sensations this little piece of heaven simulates is AWE-mazing! It rolls in smooth repetitive circular motions but somehow manages to feel like it adds a lil' flick at just the right times.

Oh my gosh, my FAVORITE feature of the LELO ORA 2 is that its movements INTENSIFY as you press it against you! It's technology actually won a very prestigious award for its creativity, and boy, does it deserve it! I have read some reviews of the LELO ORA 2, that complained that the toy wasn't intense enough, which I kind of understood for the first few days. But once I dedicated a little time to figure out exactly how this new shaped device needed to be positioned to achieve its maximum potential, I finally found it! The perfect position to experience why this became an award-winning oral simulation toy. It takes a little while to get used to its wider circular shape, but once you find just the right position, you'll never doubt its abilities again! I have found my new favorite toy for sure! I loved it so much, in fact, I bought one for my best friend 3 days after I got mine. ;)

Body-Safe Silicone has an almost velvety yet silky texture to it, which feels amazing against your most sensitive areas, and is exactly the right thickness to feel as close to the real thing as I've ever experienced with an oral simulation toy before. The flexible material covering the moving pleasure nub feels absolutely sinful against your skin and allows the user to be in full control of the intensity of both the amount of pressure you want against the rotating pleasure nub, as well as full control over its 10 different pleasure settings. When you press the LELO ORA 2 harder against you, its pressure responsiveness automatically intensifies the harder you press, and feel absolutely O-face worthy, and it allows you to be in full control of your pleasure experience from start to finish.

My LELO ORA 2 arrived discreetly packaged, which I appreciate, as for me, this is a make-it or break-it feature on whether or not I will purchase a sex toy online. Upon opening and unboxing my new toy, I realized as soon as I held the LELO ORA 2 in my hand, I was going to have to re-think my method of use with this one. It's wide, thick, and shaped more like a device you'd take to the gym, but once I turned it on, and pressed my thumb down onto the little nub that was now moving underneath the velvety soft material, I totally had to go try this toy out. When I had applied pressure with my thumb, the most amazing thing happened... the vibration started intensifying! It's about mid-range as far as noise output, and the overall shape and size are bulkier than any other toy I have used before it. Once I played with it for awhile and discovered the best positioning while using this toy, I completely understood why the design of the LELO ORA 2 is award-winning.

While actually using the LELO ORA 2, it definitely took some time to get used to effectively be able to use the 4 button D-pad shaped controls. There is up and down, which controls the 10 vibration settings, and also left and right buttons, which change the pattern of movement the little nub takes. It can make long or short full circular rotations, all the way to short 1/4 circle movements. I still have difficulty pressing the right button, since they are laid out in the D-pad setting. Depending on how you hold the toy, these are very easily confused, which is very frustrating during actual use, and would be much more efficient if they had the placed the rotation buttons separate from the vibration settings. I hit the wrong button still at least once, every time I use it. I highly recommend you make use of its fully waterproof design, as I have learned that for me at least, the best way to use this toy is in the bath.

I didn't realize how difficult this toy would be to clean... The control buttons on the opposite side as the rotating nub, are placed so that there aren't raised buttons. These are actually flush with the rest of the device, but have grooves around them, making it extremely easy for any kind of lube or other liquid to settle into all these grooves. Later these do not want to come out, which is really a pain in the neck.. (I actually had to dedicate a small toothbrush to clean my ORA 2). My biggest issue with this toy by far is everything about the controls buttons. The confusing placement, the grooves, their hard to find because, in use, they are opposite the side that touches you, and are not visible. Combined with the fact that they aren't raised either, makes it very frustrating and almost a deal breaker during use. Since they are not separated by rotation vs. vibration, you can't see them, and you can't really feel them either. So until you have used this toy for so long that you subconsciously know exactly where each button is located, no matter how you are holding it, expect a lot of fumbling around trying to find the right button and wrong presses. Definitely not for newbies.

Taking everything into consideration, and using my own experiences with the ORA 2, I rate it about 3.7 overall. The concept is awesome, but the difficulty and confusion to use the control buttons while actually using the toy, get so frustrating. It definitely seems to me that the ORA 2 was designed by man, not a woman. The lack of attention to the vital elements and features that make any sensual toy easy to use/clean is obvious. While I'm always on the hunt for the newest devices, they toy itself still needs certain design/ layout features so that I can just enjoy the experience, and not have to fumble to find/use the controls, or have to break my concentration to cycle through a bunch of settings I don't use because I accidentally hit a wrong button. Once I discovered the way to use the ORA 2 at its full potential, (it's my favorite new bath-time addition) I really started to love this toy. But its definitely not for newbies. And it does take time to get to know how to properly hold the device during use. So if you're looking for something new, or maybe most toys are a bit too much or intense for you, the ORA 2 would be perfect for you, as long as you're willing to spend some time learning how to control it the way you will need to for maximum pleasure.
This content is the opinion of the submitting contributor and is not endorsed by EdenFantasys.com