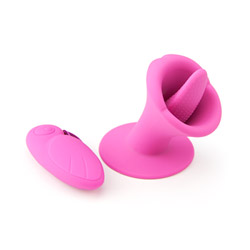 Everyone loves a good lick....

I was super eager to try this toy. The idea of a flickering gyrating tongue sounded divine. I received my toy in the standard discreet EdenFantasys packaging. Inside the plain cardboard box was a white cardboard box that was plastic wrapped. 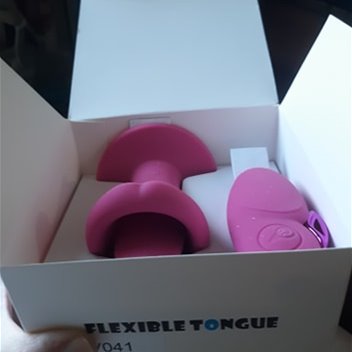 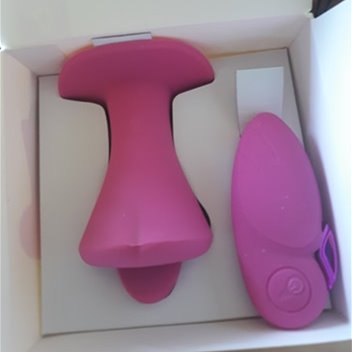 The optional remote is cute, though it took me a second to figure out that it is a parrot and its shiny beak isn't the function button. The remote is battery operated which is kind of a bummer, but it's not necessary for the function of the toy.

The toy and the remote (except the shiny plastic beak) are made of velvety smooth, body safe silicone. The lips and the tongue are flexible. The tongue has tiny bumps texturing the surface.

My first go-round with this toy was a solo session in my bedroom. I was pleased that it arrived fully charged, so I pressed the "on/off" button, and it began vibrating on the lowest constant speed. I turned on the remote just to see how the two interacted. It took a beat to determine that the parrot's eye was the "on\off" button on the remote, but I thought "here goes nothing". I cycled through the variations eager to see what this thing could do....it vibrated. No flickering..no gyrating...just vibrating. There are 10 modes of vibrations. They range in intensity and pattern, but none of them caused the tongue to move the way I expected, which was disappointing.

I decided to give it a go anyway, used a little lube and my fingers to stimulate my clitoris until I was aroused and then separated my labia, placing the tongue against my clit and the mouth on my vulva. I am pleased to say I was pleasantly surprised. Despite my initial disappointment, this little toy delivered! In a big way. I respond easily to clitoral stimulation, and this toy definitely has that in spades. It works very similarly to a basic bullet vibe but with the added bonus of being rechargeable, silicone and having a remote for hands-free operation.

For the second time with the toy, I decided to give it a try in the shower, as it is fully waterproof, even the charging port is sealed. 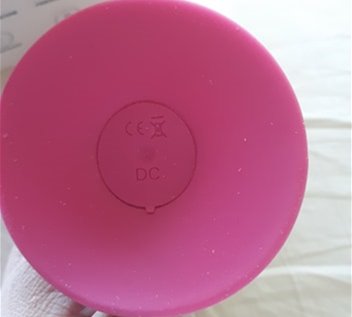 I was delighted that there are 10 distinct speed-variable rhythms, capable of throbbing, tingling, buzzing and pulsing. I found it enjoyable to cycle through all of them. I quickly found that the constant vibration on the highest setting was one of my favorites, but the variety is quite nice to break up the sensations. The vibrations are in the base of the toy, and I suspect they could be stronger if the motor was higher up in the "tongue" part of the toy, that being said, it was strong enough to cause multiple clitoral orgasms, and I did find that the lips vibrating slightly on my vulva was also very pleasurable.

This little tongue has given me several intense clitoral orgasms. I love that the lips of the toy vibrate slightly on the external labia, it's quite pleasurable. A little bit of water based lube seems to carry the vibrations a bit better, but after the first few minutes, a lubricant is no longer necessary. 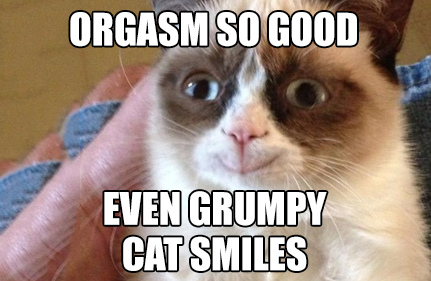 Follow-up commentary   I don't like it anymore 4 months after original review
As time has progressed I have tried this one out a couple more times and found it is just "ok" for me. I think the odd design and lack luster buzzability are what prevent me from reaching for it.
This product was provided free of charge to the reviewer. This review is in compliance with the FTC guidelines.