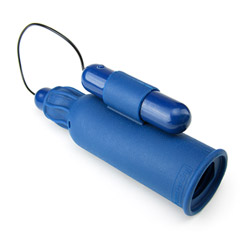 As somone who never tires of playing with my prick and inserting it into a variety of masturbators, I noticed that the Tremble Stroker is a bit different than others that I have used. For example, male penis pounders are generally constructed as a molded slab of silicone or similar material that contain a hole into which a hard pee-pee is inserted. Many often contain an interior texture that produce everything from subtle to stimulating sensations as it slides against male private-parts. Also, most masturbators provide a rather firm grip around an engorged pecker and after an sufficient amount of pounding, the end results are achieved.

Upon pressing the button, my phallus leaped to attention and I began to tremble! Oh . . . wow! The previously loose sleeve, which contains an inner texture of flexible horizontal ribs, began to work its magic. Interestingly, I added a bit more lube and the sensations increased. Equally surprising is that the vibration didn't just rattle my head but caressed my entire shaft.

The Tremble Stroker sleeve is made from hypo-allergenic silcone and is a bit firmer than most masturbators. There was no discernible smell or taste. Due to the interior design, which contains loose concentric rings that line the full length of the sleeve, the stimulation is certainly felt but lacks intensity when first inserting your pickle. Notice the inviting hole! 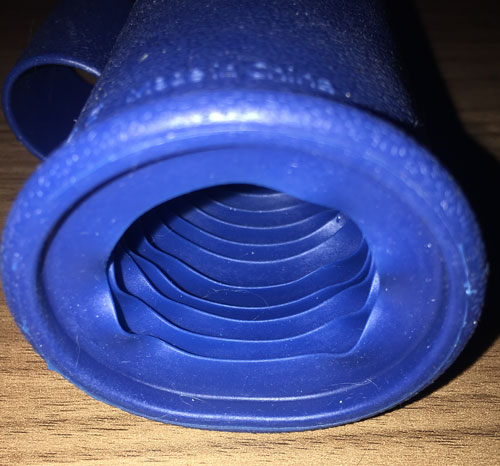 When the penis sleeve is turned inside-out, the concentric rings that are responsible for popping your Peter to attention are easily seen. 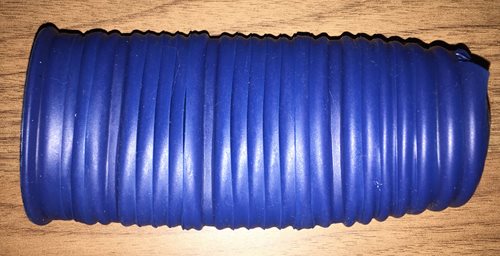 The sleeve is about the same length as a can of beer but it also contains two additional features: a cylindrical appendage to hold the battery compartment and switch on the side and a top compartment to hold the vibrating egg. Although not difficult, it's a tight fit to insert both the battery holder and the egg into their receptive holders. The Tremble Stroker should fit most men although guys with extra girth may have a different experience. For me, I can fit all the way inside and the bottom presses against my pubes; the vibrations can even be felt there. 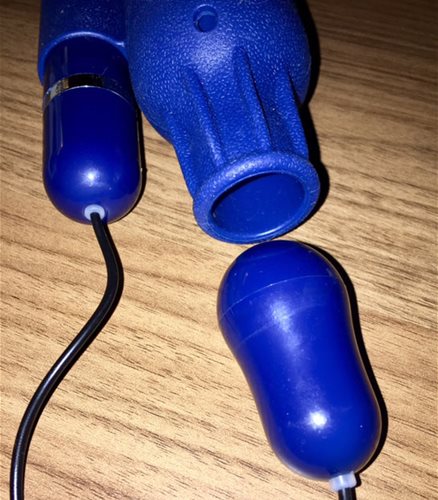 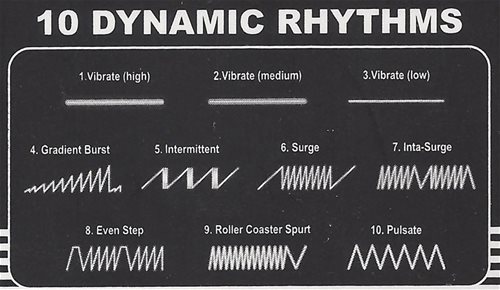 The Tremble Stroker is fairly easy to use. As it's made from silicone, water-based lubes should be used (as a small bonus, a sample packet of Astroglide is included). Cleaning, on the other hand, takes a bit more work although warm water does a great job for every day use. It may also be sterilized using boiling water. I will note that the sleeve is a bit more rigid than other masturbators but, so far, I haven't had any problems turning it inside out to clean. Interestingly, the sleeve does get rather messy during use, especially if you let it pulverize your pecker for an extended period of time - something that I find is really great to do.

The Tremble Stoker is packaged in a cardboard box that leaves nothing to the imagination. The front side of the box contains a picture of a naked dude pounding his pecker with the sleeve all the way down to his pubes - even a substantial portion of his balls are displayed. Obviously, this is not something you would want to leave out for granny and the kids to find! 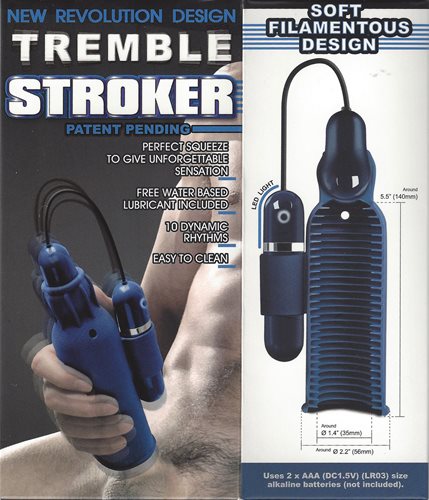 Given the non-discreet packaging, it may be best to store the Tremble Stroker in a less attention-drawing container.
Follow-up commentary   I still like it 1 month after original review
Overall, I still like the Tremble Stroker as it continues to please my penis! As I mentioned in the original review, it's a bit of a challenge to clean, which remains my only complaint. Just the same, I love letting this pulsate on my pickle, especially for those times when wanting some extended play to keep me on edge.
This product was provided free of charge to the reviewer. This review is in compliance with the FTC guidelines.