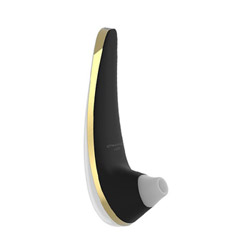 Other Womanizer plus reviews

This item is a luxury toy, and it has a luxury price point. To me, it is well worth the money twice over! It delivers a beautiful experience. It is unlike any vibrator I have ever used. It is a gem! There's a wide range of stimulation for any woman's comfort level. It guarantees orgasms that will melt your brain without overstimulating your bits. I would give this a 100% recommendation as a must have for any woman's toy box.
Pros:
The stimulation from the air. It is beautiful and well made. It is also very easy to clean!
Cons:
It isn't the easiest toy to keep in place during partner play.
Rating by reviewer:
5
extremely useful review

The packaging is pretty classy. It's in a simple white and black box with gold touches. There is a discreet picture of the product on the top. When you open the box, the product is protected in a cradle of sorts. The box could easily be kept to store the toy, but they do include a lovely silky black bag for it as well. It also comes with a wall charger. It's obvious that this is a high-end product based on the level of packaging as well as the look of the toy itself. It's beautifully designed in white, black and gold. The product feels sturdy and heavy enough. The long handle is gracefully done.

I decided to test this product solo. I simply leaned back in a comfortable sitting position in bed. The long handle makes it very easy to maneuver and hold on to. There is no straining to reach areas of interest and I found it very comfortable to hold in place. They include an extra headpiece to accommodate a larger clitoris. I actually tried both and found that I got the most stimulation from the original head attachment. This lovely piece of art has 12 levels of "air". I decided to keep it on level 4/5 for my comfort. It was a blissful ride to an amazing climax. This has to be the most unique toy I have ever owned. The largest selling point for me is that it uses air so the stimulation isn't direct. With other vibes, pushing it up to full power can cause that overstimulated numbness. After I played with this the first two times I felt sensitive, but not in an overdone way. It was more of a "a light breeze could come by and get me going again" kind of way. Needless to say, when the husband decided to join me for bed my body was more than ready. I felt satisfied alone, but we discovered another benefit to using this toy. I was at a state of perfect stimulation. We required no lubrication and I was actually wrapped a little more snug around his penis than usual. I have had 2 children. This is a great side effect from using this toy! Needless to say, I would recommend this toy to couples. It is very quiet when it's in contact with your body. When it's away from your body you can hear it but it isn't distractedly loud. It is also very easy to clean! Just remove the head and give everything a rinse with soap or use a toy cleaner.

This has 12 levels of power. I can handle some serious vroom and I didn't make it past level 7. If you like some real power, this will accommodate you just fine.

This toy has produced one of my strongest orgasms to date. This is why it is a must-have. It also enhanced my orgasm during sex with my husband after using it. It may be my new boyfriend. 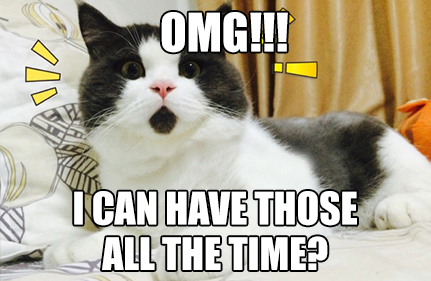