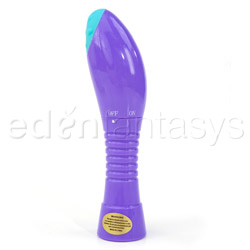 EdenFantasys
Other Essence for couples reviews

Essence for Couples... Or not!

On the positive side, I would say that this toy is very easy to clean. Also, the rubbery knobs on the tip provide pleasure when used in direct contact with the clitoris.

Overall, I feel like the idea behind this toy was great, but that it was poorly executed. It is definitely not a toy to be used for couples play.

This toy is very easy to take care of. To clean it, I use warm water and an antibacterial hand soap, and that seems to do the trick. It is especially easy to clean as it can be fully submersed in water.
This product was provided free of charge to the reviewer. This review is in compliance with the FTC guidelines.