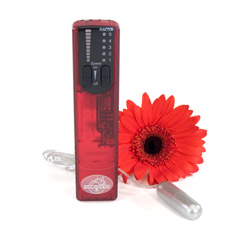 The first time I used the iEGG bullet vibe, I never even came. For seemingly endless and agonizingly frustrating moments, I shifted through the various settings and speeds on the controls; I moved the bullet around my clit, finding new hot spots of sensation that merely faded away. The small, thin bullet brought me infuriatingly close to my orgasm, yet it always drifted out of reach. I ended up abandoning the iEGG for my favorite ten speed bullet instead.

The second time, I did manage to eek out an orgasm, but it was not worth it in any capacity. As I scrolled through the settings and again chased the pleasure around my clit, I had to take deep breaths to calm the frustration rising inside me. I was determined. There had to be a way for this toy to make me scream. And ultimately, it did, but by that time, I was ready to throw it across the room.