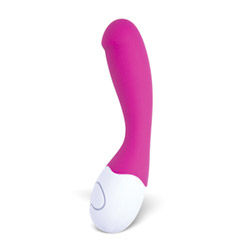 Perfect Fit for Someone Who Finds Pure Wand Too Intense

To elaborate on my title for the Cuddle review, Cuddle is basically a more gentle version of the Pure Wand, for me as it stimulates in almost the same exact way, and the same spots at a similar intensity of the Pure Wand, only it is genlter. 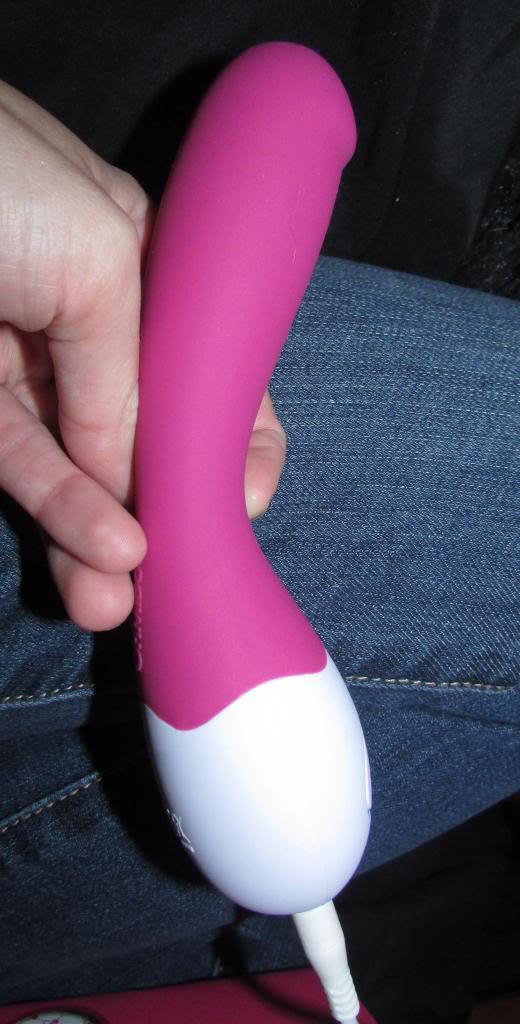 Due to its drastic, blunt g-spot curve, Cuddle has a tendency to grab the pubic bone during thrusting, much like the Pure Wand does for some people, but not nearly as bad.

Cuddle is a rigid toy with no give to it at all. There is a coating of body-safe, phthalates-free silicone on it, but it has no squish. The non-porous silicone used on Cuddle doesn't have that velvety feel that you notice in toys like Noa. It has no odor.

It's smooth with little grab/drag and no texture, aside from the minimal line under the rounded g-spot tip.

The design of Cuddle is fairly simple -- it's a slightly curved toy with a pronounced, rounded and blunt tip at the end for g-spot stimulation. The wide, rounded tip makes it easy to situate it right on your g-spot, whether it's located near the front or further back. 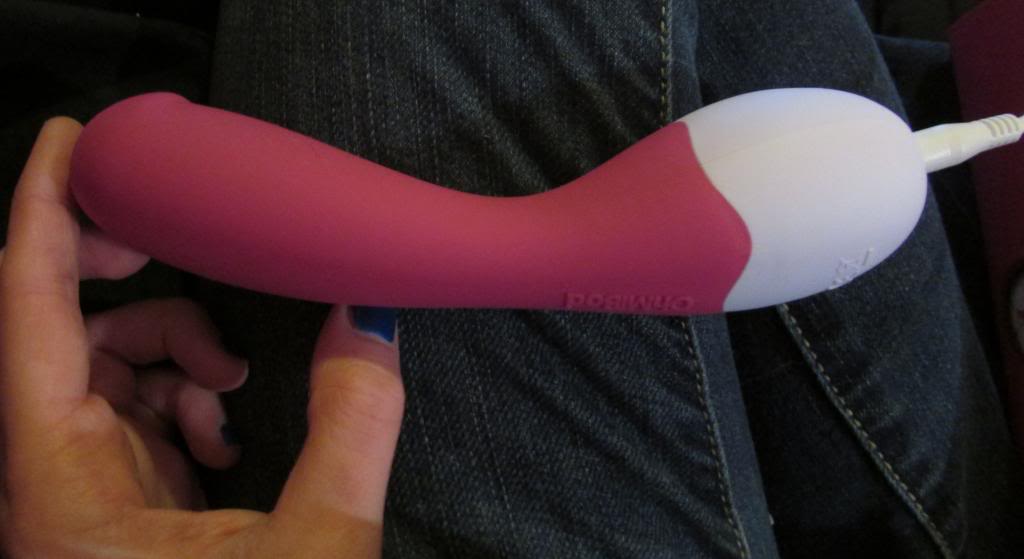 However, the wide, bluntness of the tip also made it slightly harder for me to insert than one of the same size that has a more pointed tip. Lubricant is always necessary for me to insert Cuddle without pain. Once inside, though, it's a smooth ride. While this toy reminds me a lot of the Pure Wand, it seems a tiny bit harder to insert due to the Pure Wand having an easier-to-insert tip and slippery steel material. This one has more of a drag, although not nearly as bad as some silicone toys.

Now, if you've fallen in love with the Pure Wand, then Cuddle might not be as useful to you.

I wanted to comment on the lightweight Cuddle. The first thing I noticed about it, upon holding it, was how light it was. I even wondered if maybe something was missing because it felt so light. So if you tend to get tired hands after vigorous use, you'll appreciate that.

There's nothing discreet about the design. It's clearly a sex toy. 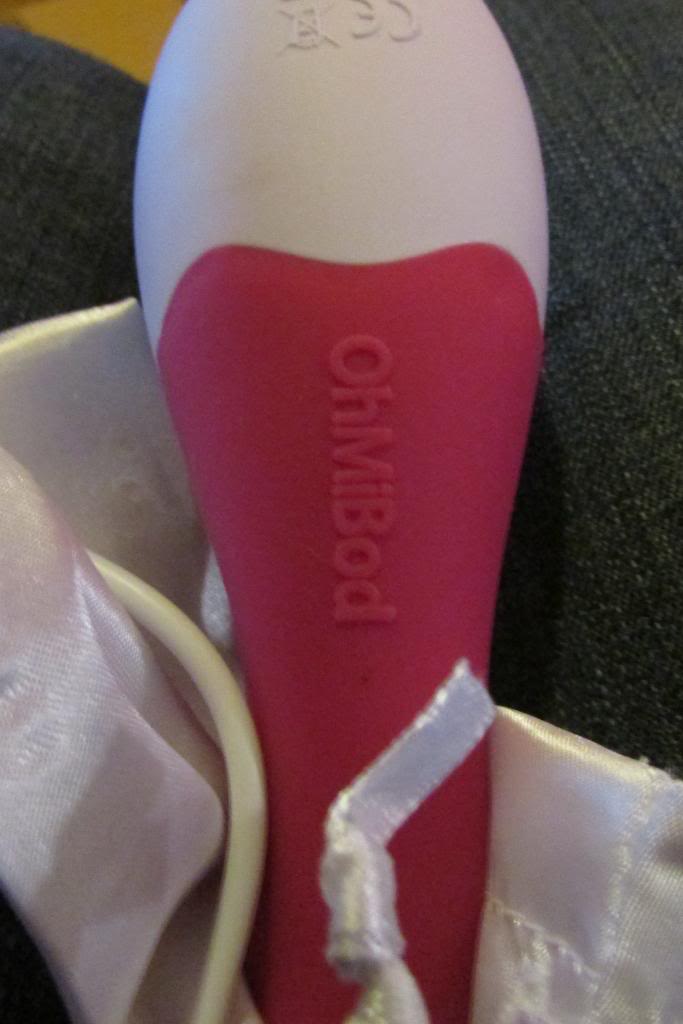 Due to Cuddle being lightweight, it is okay to travel with. It fits easily in a small purse, but isn't a tiny toy. The only reason I bother keeping it in my purse is because I love it. Otherwise, the size (length and width of the tip) wouldn't be worth carrying around. 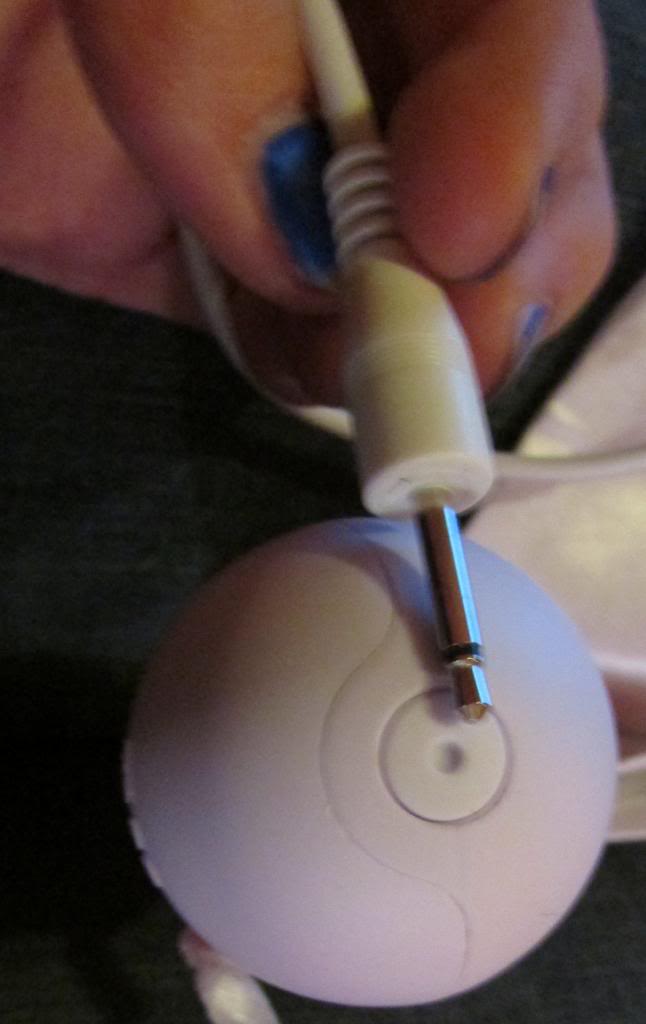 Charges via USB cord that plugs into the computer. However, if you don’t have a computer, I’ve plugged these in using one of those adapters that plug into the wall and have a port at the other end for plugging up something via a USB cord, so that’s another charging option. In fact, when I charge Noa that way, it lasts about 30 minutes longer than when charged via computer.

Charge time: The manual didn’t say how long a full charge might take. It took me about an hour to get a full charge.

Buttons (on, off, speed pattern operation)

As shown in my picture, the buttons are located at the base, inside the little heart shaped LED light.

3. A squiggly line, which I would show you but apparently the only button on my laptop that doesn’t work is the squiggly line button.

I hardly ever get much from a pulsating vibration, but Cuddle's are powerful! I get some decent stimulation from them, but can actually reach orgasm (clitorally) from the steady, constant vibration settings. 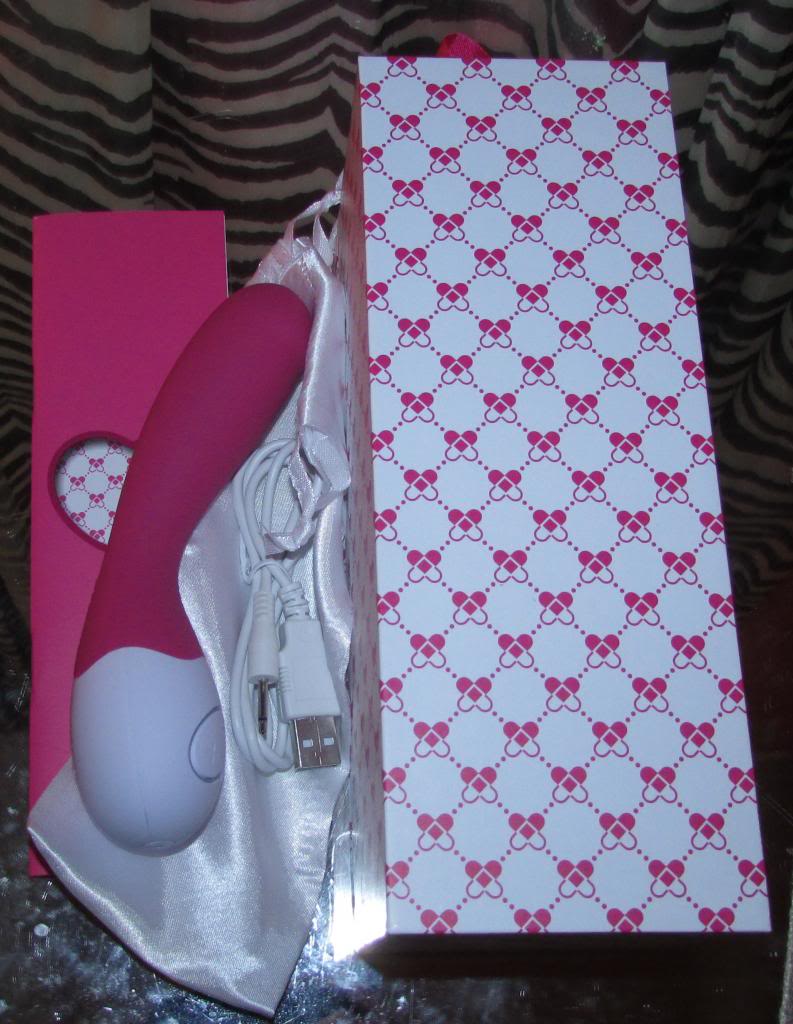 Cuddle is fairly quiet. I wouldn't say it's the quietest toy I own, by far, but for the power it has, I will not complain. The pulsating settings are the noisest of them. Also, the sound changes, getting slightly louder when the pulsating settings get stronger. It sometimes makes a rattling sound on the high pulsating settings. It's possible that these settings could be heard through very thin walls when no other noise is going. A closed door and music will do the trick, though.

The steady vibrations are the quietest, and cannot be heard outside a closed door. The steady patterns may be quiet enough that you could use Cuddle in a shared room as long as other noise is on, like music.

With all those settings, and each of them being powerful, the vibrations Cuddle has to offer are fabulous. The pulsating ones will likely be very pleasurable to people who enjoy that type.

I can't say Cuddle's vibrations are as penetrating and rumbly as some of the vibrators I own. For instance, I think Vitality is a bit more rumbly, but I am just as fond of the power and non-numbing vibrations Cuddle has. I can use this one without my skin going numb, and causing me to lose sensation in my clitoris after a while. This means, other stimulation can go on, after I've finished using Cuddle (such as oral) without issue of numbness.

Soap, water or a toy cleaner is ideal for cleaning Cuddle. I just use hot water and mild soap and it cleans up nicely. I also notice that the charging port isn't actually a "hole," it's one of those that seems to have a silicone "dip" where the charger port goes. This made me think it might actually hold up under water, but I believe OhMiBod made the statement of it being splash-proof, and not submergeable for a reason. This reason appears to be the little seam/crack along the base, so I did not try going against those recommendations and submerging Cuddle.

However, I've been able to clean and rinse under the faucet without any problems at all. The crevices on the buttons don't even hold water in them.

As a side note, Cuddle's material is not a lint/hair magnet at all. 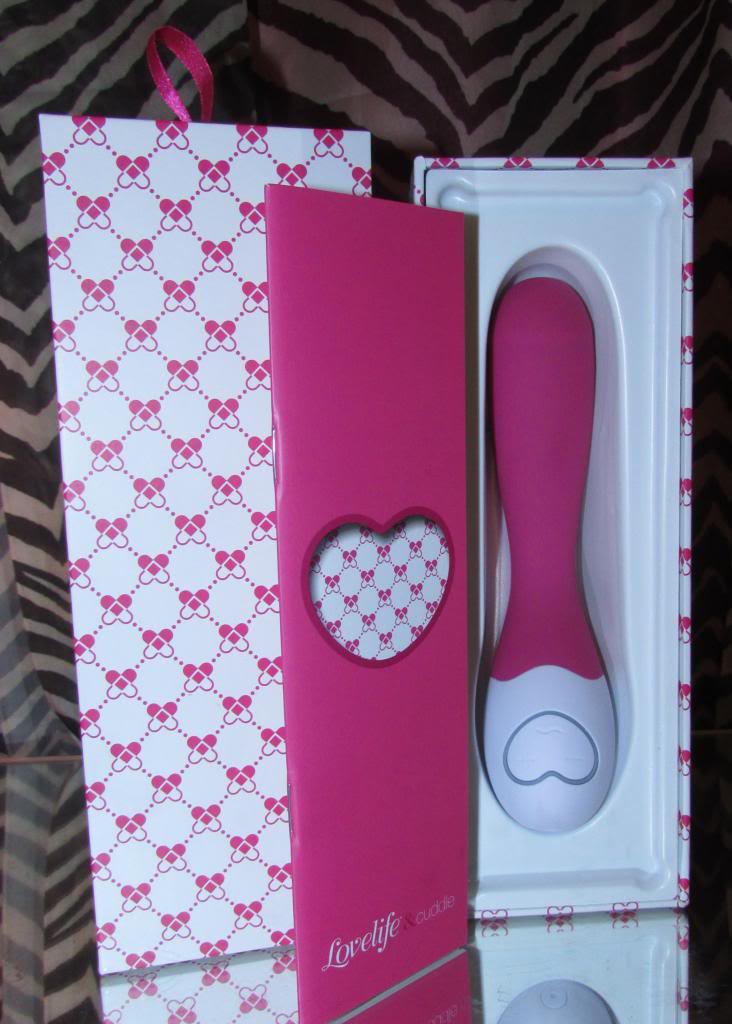 “Cuddling is the perfect antidote to a long day, Cuddling up with our G-spot massager will leave you hoping that long day becomes an even longer night.”

**You can view more images of the packaging in the "customer images" section at the bottom of this toy's product page.

My partner made a note that I thought would be helpful to add: angling the toy towards your back -- can be helpful if Cuddle is grabbing the pubic bone.

We also tried thrusting with Cuddle, and at first that was way too much. It was intense, overwhelming and uncomfortable. Warm-up is a necessity for me when using Cuddle. Afterwards, though, thrusting carefully does feel fantastic because it stimulates the g-spot without being constantly pressed right against it.

That's something else about Cuddle -- the g-spot tip makes it bury itself into your g-spot, which is helpful for g-spotting solo.

When I use Cuddle myself, I find it to be easier to do while on my knees rather than my back. It allows more room for movement of the toy.
This product was provided free of charge to the reviewer. This review is in compliance with the FTC guidelines.