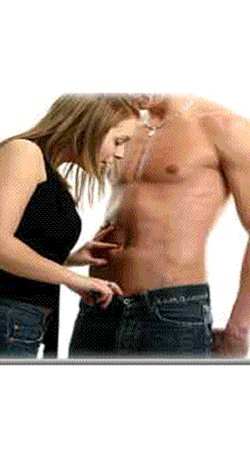 http://useful-articles.net/increase-penis-size-naturally/
Many people are hyped up over the idea that the size of your penis affects your sexual performance. Is that really true and if not why do people think this way?
Does your penis size matter when you have sex? Does it make you great in sex? Well let’s look at some different aspects of size and its effects and stimulation on the vagina and clitoris and see if it really does matter or not.

The clitoris is the most sensitive part of a woman's body due to the high number of nerve endings. That being said, the clitoris needs to be stimulated for many women to achieve orgasm. The size of the penis (both its length and thickness) does not really affect the stimulation of the clitoris and that is because it is not inside the vagina. Thus, no matter how much the guy penetrates or how fast and vigorous he does it, it will still not stimulate as many people think.

The G-spot meanwhile is also an important part of stimulation. Now although many girls prefer clitoral orgasms, other women enjoy g-spot stimulation and it does bring them to orgasm. Now size of the dick here does not really matter as much as the girth. It is maybe true that the thicker the penis, the greater the chance for it to stimulate and rub the G-spot, but that is not the case most of the time.

In some cases (I am one) women actually cum from having their cervix stimulated and being touched by the penis. Now keep in mind that by touching, I mean touching and not poking roughly or tearing up a second hole in there. Although penis length here does help in stimulating, it also depends on how small the vagina is and as many of you know, every woman is different. That being said, penis size could actually cause more problems and pain than pleasure. In fact, if the guy is not careful enough, he could cause bleeding and tear up tissue which could cause health problems for his partner.

Although this is the least effective way to get a woman stimulated (in fact it really doesn't get her stimulated as much it gets her in the mood of sex), penis size doesn't really matter here either. Whether your penis is huge or average or even small, the effect is the same. The woman would still perform oral sex and it would not make her hornier, more stimulated or orgasm for that matter.

Then why is it that people make it such a big deal? I personally have my thoughts and I would like to share them with you. First, a penis is probably conceived and thought of by many as a sign of masculinity. The bigger the penis the more "a man" you are. To all the guys out there: please understand that quality is better than size. That's why I believe that people who know how to work their penises and hips are better lovers than just a big junk drilling me. Also, sex is about stimulation for women. Some might enjoy drilling but in most cases it is not enjoyable for us to be drilled and offers no stimulation. So guys please understand that you need to be able to work us and stimulate us for the best results.
Tags:
Views: 3657
Related articles