Penis Size Doesn’t Matter—or Does It? 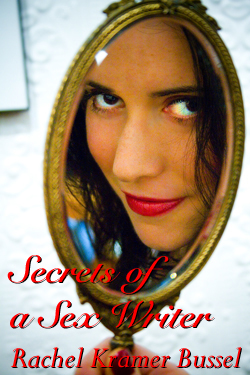 Anya Garrett
I’ve never whipped out a measuring tape in bed so I can’t give you precise numbers, but I think I can safely say I’ve slept with men with penises ranging from very small to gigantic. Most have been somewhere between those two extremes and the big lesson I’ve come away with is: size is not what makes someone good in bed, not by a long shot.
Some of the best sex I’ve had has been with men whose dicks I’m pretty sure measured below the 5.09 (according to one major study) inch average.

If you want proof that being well-endowed isn’t always the ticket to sexual ecstasy, look no further than the man with the world record for possessing the biggest penis: Jonah Falcon, who checks in at 13.5 inches. While I know nothing about his actual sex life, something tells me that there isn’t much to envy about that measurement beyond the fame associated with achieving it. Or at the very least, I can say that if I were penis shopping, that size would be out of my preferred range. Bigger is not always better. DC Bachelor claims that women are not born size queens, but are turned into them by gossiping with their friends, who will gush over a particularly large man they’ve been with. “It’s an emotional attachment similar to how people obsess over consumer products.” I can’t say that women don’t sometimes talk about penis size, but I don’t think there are bands of women out there scouring the world for the biggest cock they can possibly fit inside them.

My suspicion is that men with smaller penises tend to be much more self-conscious about it than their lovers, male or female, are. Some guys turn it into a joke, such as Stephen “Steve-O” Glover of Jackass fame, who writes in his memoir Professional Idiot that he has “I Have a Small Weiner” (unintentional typo and all) tattooed on him. Now that’s ballsy and dare I say, kind of hot in a badass, honest way.

We have a natural curiosity about how others stack up in the sack, and it’s easy to latch onto this seemingly objective number as an indicator of performance. For those who want to know how their heavy metal heros stack up, there’s an extensive list supposedly rating these rockers’ cocks. Other famous men who supposedly aren’t that well-endowed, according to a list on Lemondrop of “17 Famous Men With Teeny Weenies” include Glover’s Jackass costar Johnny Knoxville, as well as Shia LaBeouf, Jude Law, Ben Affleck, Enrique Iglesias, Ashton Kutcher, Eminem and Howard Stern. Disgrasian reveals that The Hangover star Ken Jeong calls his penis, among other things, “the smallest cock,” a “tiny penis,” “a grower, not a shower,” and a “mangina,” in a podcast interview. And there are condoms marketed as “snugger fit” condoms catering to men who are on the smaller side and want to get the same feeling of tightness as their bigger counterparts.

Worrying about penis size, as opposed to the fact of the measurement itself, can have a detrimental effect on your sex life. I think this is pretty obvious and correlates to anything a person is self-conscious about, especially when it comes to our bodies. If we go into sex thinking we are somehow lacking in some arena, it seems natural that this negative outlook is going to affect our enjoyment. Francisco Ramirez, a global sexual-health consultant with 15 years in the field, says that one of the most commonly asked questions he receives is about penis size. “When a guy is overly concerned about his penis size it can inhibit his ability to enjoy sex — or to even approach being sexually intimate with someone at all. I speak with adult men on a regular basis who, because of what they feel is a smaller than average penis size, feel inhibited during sex, do not maintain an erection, and suffer in their sex lives as a result,” he reports.

Therefore, I’m not sure that we should be cheering a recent study that says, as Time magazine’s Healthland blog reports, it may, in fact, be possible to enlarge your penis. They report on the “traction method,” “in which a penile extender stretched the phallus daily, resulted in average growth of 0.7 inches (of the flaccid penis) in one study. In another study of the same method, men reported an average increase of 0.9 inches in length while flaccid, and 0.67 inches while erect.” As one commenter astutely noted, “The appeal of a wee size increase would be MORE than negated by the anti-appeal of a person willing to spend 4-6 hours a day in a ‘penile extender.’”

I’m not suggesting that male insecurity about penis size isn’t real, but at a certain point, I think you have to accept what you’ve been gifted with in the body lottery and figure out a way to make the most of it. While most are intended to be humorous and self-effacing, Alan Weider, who wrote the memoir Year of the Cock, also showed he can laugh at his penis, and himself, when he came up with “13 Great Things About Having a Small Penis.” One is that you’re more likely to get backdoor action. I don’t know if you’re “14% more likely,” as he puts it, but I can promise you that the men at the higher range, who I’ve been with, are ones who I wouldn’t have tried to have anal sex with, even with lots and lots of lube.

This isn’t a party trick that’s going to work with everyone, but for me, especially when I’ve been involved with kinky role-playing with male lovers, the issue of size really wasn’t an issue…unless they made it one. You can experiment with different positions and see if some lead to better sensations and if you simply cannot stop thinking about the size of your penis, find a way to incorporate that into your sex life. Some men get off on being “berated” for their smallness, even if the reality is they’re not so small.

As Ramirez states, “Bigger does not mean better. And it certainly does not mean experiencing more sexual pleasure. The guy with the better sex life is not always the one who wins the size prize.” I think it’s somewhat akin to height, in that men often feel their masculinity is tied to it, and yet it’s a quirk of nature as to whether you’re six feet tall…or nine inches long. I’ve never broken up with or hooked up with a guy specifically because of his size, and while I can’t speak for everyone, I think that the hoopla around size detracts from time we could better spend getting off. So no, I’m not a size queen. And I’m perfectly happy that way. The size of a person’s brain, however…that I am very interested in, but again, I’m keeping my measuring tape safely tucked away.
Tags:
Views: 4935