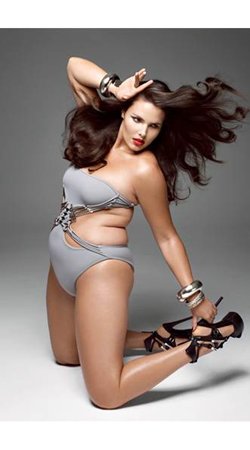 Photo courtesy of V Magazine
How important is independence in a relationship?

"The more you know who you are and what you want, the less you let things upset you."

To be or not to be independent, that is the question. This is one of those topics that sometimes comes up on the first few dates with a potential partner. Are you more independent or dependent? Do you drift into the co-dependent category? Maybe you have not thought about it much, but it's important. I will share my personal discoveries in all three categories to see if I can help.

I moved out of my home at 18 and went away to college, but I stayed in close contact with my family. I always had a roommate, or even multiple roommates, during college. I had never lived on my own when I was in college. Finally, at the tender age of 23, I got my first apartment by myself. I slept with the light on that first night, and I jumped every time I heard a noise. Over time, though, I got used to it. I finally began to feel independent. I overlooked the fact that I had to be on the phone or internet a lot, and that I had to have people over. I was just not comfortable being alone.

So, I relocated for grad school; I continued to live on my own. However, a couple of months later, I let my new partner move in with me. This was the first time I had lived with a significant other. My partner had a different opinion on how the apartment should look, and I just went along with it for the longest time. My partner would rearrange the furniture while I was in class, or he'd take down some decoration of mine, saying it was too kitschy. I found that I was changing my habits and the way that I did things at home to suit this person, but I was not making demands of this nature on my partner. I wrote it off, as I was the more laid back one for a while. Then, however, something happened; suddenly I was angry and fed up with it.

I broke things off with my partner (by this point we had been engaged and living together for 3 1/2 years). I moved out and got my own space. I bought new furniture and organized the house how I wanted to. I made my own schedule, and I ate cereal for dinner. I got used to going to the grocery by myself again, and doing errands alone. I went out for coffee alone. I also made new acquaintances. I noticed people and things that I never noticed before, and I went to restaurants that my partner had not wanted to go to. I started working on my own self-esteem, as this is what had led me into this situation in the first place. I acknowledged that our relationship had gotten a bit co-dependent, and that it was unhealthy. My partner always wanted to know where I was, and he tagged along to several friend hangouts only to complain that he wanted to leave early.

I began working on self love and setting boundaries with people in my life. I began to make myself stay at home once a week with no internet or phone to distract me. I just began pending time with myself. It was not an easy journey, but I am so glad that I did it. My partner had not appreciated fancy lingerie. so one of the first things I did was to go out and buy myself fancy lingerie and heels. I appreciate those things, so why not? I took back control of my life and began having adventures as a single lady again.

So, I personally think that independence is very important in a relationship. It creates healthy boundaries with partners, and it keeps things interesting. I will not enter into another relationship without a healthy amount of independence. I have learned from my experience; I need to maintain my own identity in a relationship.
Tags:
Views: 1357
Related articles