Should prostitution be legal in your country? 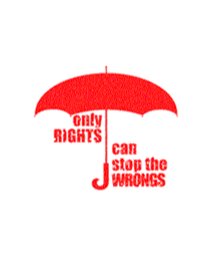 http://www.iusw.org/
Yes, I think it should be legal for a variety of reasons. Read on if you want to find out why.

"I'm a professional providing a service. I'm no better or worse than anyone else."

Reasons to advocate for the legalization of prostitution.

Prostitution is illegal in the United States except in 11 counties in the state of Nevada. In the rest of the United States, the penalty for being convicted of prostitution includes jail time and expensive fines. There are stigmas and judgments put on prostitutes and sex workers, but not very many protections to provide safety for these workers. The fact is that as long as prostitution is criminalized, the sex workers are at the mercy of their customers and employers.

Prostitutes do not have access to things like health care, fair wages, legal contracts, legal protections or even fair employers. Pimps will beat and sometimes rape prostitutes and take an unfair amount of their wages. If a prostitute were to report a pimp, then she/he would be arrested for illegal sex work. If you have a system where an employer has an unfair power advantage like that, they know that they can do whatever they want and not have to worry about consequences. Sex workers do not have protection from harassment, assault, violence, theft, or intimidation.

Some people say that if prostitution were legalized that it would just start happening all the time and everywhere. While I find the notion of people going "sex crazy" amusing, that is actually not what has happened in areas where it has been legalized. The 11 counties in Nevada where it is legal have similar sex worker rates as San Francisco. I have traveled in Thailand where prostitution is legal and it is no more noticeable than other tourist industries there. Legalizing does not make the demand higher, but rather in many cases it takes some of the appeal away for certain clients. If you are a client who likes to rough house your sex worker, then knowing that there are suddenly laws to protect him/her makes you less likely to be a client.

There are a lot of ideas our society has about prostitution and sexuality that are a little bit antiquated, in my opinion. It's hard for some people to imagine a person deciding to become a sex worker by choice, but many sex workers do just that from a strong place of empowerment. In the media and on television shows, we are shown that prostitution is this crime ridden world of drugs, forced sex work, more drugs, and a lot of desperation. The truth is that sex workers do not operate like this at all. The world of sex workers is separate from human trafficking and forced prostitution. Sex workers are proud of their sexuality and choose to do sex work because they enjoy it and because it pays well.

At the brothels in Nevada, there are numerous rules and protections in place for both the sex worker and the client. At those brothels, there are panic buttons in every room and the clients and sex workers wear condoms and agree to follow certain rules. It truly becomes a safe business transaction where you can ask questions, follow rules, and all parties are protected. The sex work is still there, but coming from a place of empowerment, health, and support from employers. The communities of sex workers in general tend to be tight knit and supportive for the most part just like any other community would be, not to mention it becomes taxable and helps the economy.

At the end of the day, whether it is legal or illegal, prostitution and sex work is one of the oldest occupations to exist and it will continue to exist. As a society, it just depends on whether we want to honestly acknowledge that it is happening and regulate it as commerce or stick our heads in the sand and continue to only see it as illegal and taboo. I say we regulate it and provide some legal rights and protections for sex workers, but that is just my opinion.
Tags:
Views: 1324
Related articles