The Virgins of the Modern World: Different Classes of Virginity in Today's Society 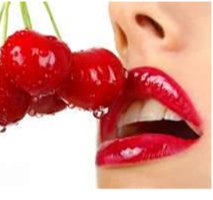 insanewallpapers.com/view-cherry_wallpaper-1920x1200.html
Today, a virgin is not simply a virgin. It is no longer as simple as deciding what sexual acts you want, or don't to want to engage in. In our society, virginity means one thing for one virgin and a completely different thing for another, it's a debatable topic. So the question is - what makes someone a virgin and who can claim to be a "True Virgin," in this twisted world filled with varying descriptions and deceptions?

Going Backwards- Some "so called" time honored methods are being reinvented, as virgins are using a form of self-segregation by redefining virginity.

It used to be that either you were a virgin or you weren't, because hey, sex is sex - it is what it is. However in the world we live in, scoring has become a whole new ball game. The bases are gone and the definitions are murky. Everyone has a different idea of what constitutes sex - intercourse, making love, screwing, effing or fracking. Just trying to name the act shows the differences in opinion amongst the today's youth. So of course, when it comes to something as touchy and complicated as a girl or a guy's virginity, you're going to have classifications, justifications and of course Clinton (no judgement) style reasoning.

These days, everything is a euphemism or has a double meaning, and it seems like the world revolves around sex. Yet in a world obsessed with sex, there are those who take their own path, buck society, and have made the decision (for whatever personal reasons) to remain a virgin. However, even that becomes complicated in a world like ours. It used to be that if you decided not to have sex - whether you were waiting for love, marriage or just the right moment, it was simple - you just didn't have sex and, by that I mean no sex period. It used to be that a virgin was someone who did nothing except kiss (and some would choose to not engage in that as well).

However, another class of virgin has also emerged which actually goes back to the Roman days. There are people who believe that if they only have sex with a same sex partner they will remain a virgin, if vaginal entrance is not achieved. Of course this was something the Romans engaged in regularly, in the distant past, they believed that a man could not wait for marriage to engage in sex. They wished to protect the virtue of women, so men were encouraged to engage in sex with each other - in order to keep themselves from "taking advantage" by of the women in their society. So in a wish to remain chaste in some form or another, we have gone backwards to an old fashioned way of thinking.

All the different methods that the modern day virgin employs are fascinating, but the question remains; without refraining from sex entirely, can you truly consider yourself a virgin? I have my opinion, what is yours? I'm open to all suggestions, even though everyone knows that my opinion is the right one (just kidding). I'll leave it for the audience to decide what they believe to be right...

Talk To Someone, Sex is No Longer A Dirty Word

On a more serious note - no matter what you want to call it, and whether or not your virginity remains intact, you always need to remember to BE SAFE. It's not the 1950s, and it's not taboo to talk about staying safe and using protection. It doesn't matter if you are having sex or not, protection should be used for any activity that puts you at risk. Find someone you can talk to, maybe: your parent's, a family member, friend, teacher, doctor, psychologist or even that guy on the radio.

Hey I talked to Jim the homeless guy who surprisingly smells like lilacs, and thinks he's a therapist. I had to give him some beer (but kept him away from the pills) and he gives great advice, just don't confuse him with Dr. Phil (just kidding).

However, this conversation doesn't have to be awkward and there is nothing wrong with just joking around. There is always someone you can talk to, even if you don't have anyone in your life that you can trust. There are a lot of great free clinics that will give you all the information and tools you may need. Check out Planned Parenthood, and also see if your community offers a free clinic. Small clinics are great - especially if you want privacy and are feeling uncomfortable. Remember to talk to someone, be safe and take care of yourself, and only you can decide what is right for you in the end... so ends my public service announcement...
Tags:
Views: 1738
Related articles

FunAndIrish
I want to try something new out of my comfort zone and have fun in a way I never have if you get my drift...