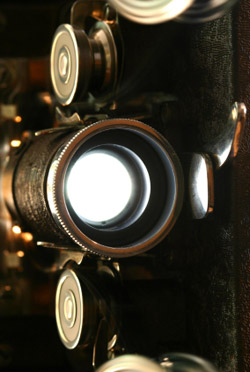 From Tout Suite to the Tubes

David Gross, a producer for Vantage Video, also confirmed that the recession has taken its toll on an industry once famous for overpaying its participants. “Absolutely, I pay my performers and directors less. You have to make some cuts, or find a new job.”

One natural result of the economic hardship? More competition for performing roles.

“You just can’t be a prima donna anymore,” says Gross. “There are too many people out there looking for a job.”

“Vivid’s shooting less,” says Spiegler. “Red Light District is shooting less. I used to bring my new actresses over to Red Light to meet all the directors; they were shooting 10 movies a week. It’s just not the same anymore.”

“The stuff that’s on the tube sites is better and more varied than the stuff he used to pay $30 a month for,” admits Billy Watson. “There’s no codecs, there’s no download. Admittedly, it’s hard for the consumer to do better than that.”

But is the adult industry in danger of grinding to a halt?

“Absolutely not,” says Gross. “The tubes are definitely bringing down the industry, but they’re not killing it. The trick is to evolve. You constantly have to be changing. I do lots of work with niches. I do hidden-camera…smoking fetish…Hidden-MILF. People are devoted to their niche, whatever it may be.”

What will become of the sex industry, then? Like the auto, airline, and banking industries, porn has seen a large-scale cutback in growth over the last few years, and the future seems to promise only more trimming of the fat. More stringent demands will surely be made of the performers, as they are asked to do more with less: economy-sized bottles of lube may become the rule, perhaps. Hand towels will certainly be shared. Habitually-late actresses may find themselves ignored, instead of coddled; and sleazy directors expecting clandestine nose-nuzzles in the bathroom may find their shenanigans are no longer tolerated. Yes, the game is changing. Money, as always, is stirring the pot.

Foxx has been baring it all in adult videos for just over nine months. “February was my first month,” she remembers. “But I peaked in May. When things were good, I was working 15 days a month—and some of those days were double-booked. A thousand bucks is the average these days for a boy-girl,” she says, “so that’s a lot of money, if you do the math.”

But Foxx reminds me that there’s always more than one way to skin a cat. “The easy way to fill the holes in your schedule is to become a makeup artist. You’ve already shot with the directors, you know everybody, and you can get jobs. Of course,” she admits, “makeup artists are being cut, too.

“Then there’s web-camming,” she says. “And your personal site. Personal sites don’t really do that well. You can make anywhere from a thousand to ten thousand dollars per month off your site, depending on how much work you put into it—but it’s something.”

The speakers are different, but the message remains the same: Diversify. Be creative. Think outside the box.

“You’d be surprised, but it’s our booths that actually keep us in business,” Barry of Maxx’s Adult Emporium declares. “The video rooms accumulate more money than the video sales.”

I ask him how much the video rooms cost to rent. He answers swiftly, “One dollar will get you four minutes.” I say that sounds like a pretty fair deal.

Sam Benjamin
I'm a graduate of Brown University who took the money my parents spent on me and turned into a filthy (but good-hearted) pornographer. It was all done in great spirit, of course. I spent five years within the adult film industry, attempting to make so-called "sex-positive" films, in my independent, muddling manner, and going nearly broke while doing so. After a while, I ended up getting caught up in the mainstream ethos of the Los Angeles sex industry, which I doubt anyone would defend as "sex-positive." I burnt out and dropped out after half a decade of smut - it gets inside your brain! - but, goddamn it, sometimes I really miss it. I enjoy big personalities, ridiculously honest women, neurotic Jews, and bad wine. '80's porn videos, and the sweet music locked there within, are also a major passion.

Other articles by Sam Benjamin