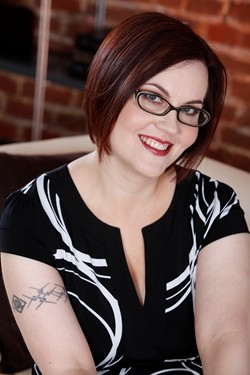 In the second installment of this four-part interview, Tristan discusses the making of Rough Sex, as well as the differences between rough sex and anger.

Thank you. It’s my favorite movie that I’ve ever made.


The power exchange scene between Sasha Grey and Danny was really hot.

It was a single camera shot. We were shooting with two cameras, but we never turned the cameras off, and we never stopped them because when it started to take off, it was like: Holy shit!

At one point, the camera guy—who has been in the industry for 15 years, he could be as jaded as they come—he was running out of tape. There’s two things that happen when you run out of tape: First the counter goes down, so you are at zero on the top right hand corner, and in the middle, there’s a tape with a big red line through it and it’s blinking. So, I look at the monitor, and I see it when it happens, but because we have two cameras, I’m just going to pull him out (to reload). I’m not going to stop [Sasha and Danny] because I’ve got the other camera. So, I tap him on the shoulder, and say, “Jason, you have to change tape,” and he’s like, “I got it.” (she laughs) And I said, “Jason you are OUT of tape! What you are watching right now, you are NOT. CAPTURING. ON FILM! We have to change your tape.” But he keeps saying, “I’ve got it, I’ve got it.” He was so mesmerized by what he was seeing that couldn’t even step outside his brain… That scene, and the one with Satine are my favorites.


That was the one in the desert with Derrick Pierce? I notice that you use really hot guys in your movies.

Derrick is truly an amazing guy, and he really loves women. He’s really smart and they have really good chemistry. She [Satine] hand picked him. She wanted to do this really rough scene. That’s who I want to work with; those are the guys I want to shoot, the guys who are really into their jobs. Who really, really love to have sex for a living.


There’s a difference between a rough sex scene if you’ve got a guy who loves women and gets off on it because it gets them so hot, versus a guy who truly does not give a fuck about women.

Truly, there are scenes that I’ve seen where there’s a hostility, and it’s mean. Again, I don’t think we can just say “Rough sex is bad,” or “Rough sex is anti-feminist,” the same way we can’t say all facials are bad. But it’s the way that they do it. I feel that when you see some of these scenes and they are incredibly rough on the girl… Not only are you not sure if she’s having a good time, but she never even comes? Well, what’s the point of you pushing her around and smacking her around and saying all that shit to her if her pleasure is not even in the picture?

What’s really smart about kink.com, and what definitely influenced me in Rough Sex, is they tell you: Listen, we’re going to go all out here, and you’re going to see someone get really fucked up, but you’re going to talk to them at the beginning and talk to them at the end, so that we have clearly established consent. We establish consent in the beginning, we see it as it goes along, and we also want you to know that in the end, that she is like, Wow, that was great. Instead of, Hmmm, I want to go shower, and I never want to see these people again.

Part of the interview is about that, and also letting them speak for themselves about what they actually want to do. I think that if you didn’t have the interview, and you saw that scene with Satine, it was really rough. There were times he was smacking her chest really hard, and if you have no context for that, then I feel, again, like I am just in the repetition machine. But when you have the context for it, it’s so clear that she likes this guy; that she’s into it, that she trusts him, and that they are staying within everyone’s boundaries. And that lets people go there with the fantasy, without this nagging voice, Oh, but do you think she really wanted to do that? Do you think they talked about that beforehand? Do you think maybe he did that and she didn’t really like it but she didn’t know what else to do? All the nagging questions about coercion, about exploitation, and about consent, that, quite frankly, are always in the background when feminists watch porn.

In the Sasha Grey scene, she had a list of things she didn’t want to do: She didn’t want to be fingered, and she didn’t want to have her tits slapped. So of course, about three-quarters of the way through, the guy slaps her tits. And poor Danny… It was totally unintentional. He got caught up in the moment slapping her ass, slapping her arm, slapping her thigh, and then slapped her tits. You could see, as soon as he did it, he was completely horrified with himself. Everyone in the room took a collective gasp. Uh-oh, this could be over right now, because Sasha Grey had every right at that point to stand up and say, “I’m out of here.” And there was no way I was stopping her, talking her down, convincing her to stay. That was a hard limit that she set, and we were all witnesses to it. So, everyone was like, Oh my God! What’s going to happen? He sincerely apologized, and that’s what she wanted. She ultimately used it as an opportunity to flip the switch and say, Okay, now I’m in charge.


I was wondering if that had been scripted because it was so perfect.

So that happens, it happens that it is a deal breaker, and that could’ve been a deal breaker. And instead I feel like it was one of those moments. It’s like the moment that they showed a little clip of, and you really didn’t know what was going on in Chemistry 3, where Jada Fire says, “Everyone thinks I like it really rough, but that’s not always how I really like it.” And she actually tells Derrick at one point to slow down and back off.

And there were people who definitely disagreed with me about putting that in. They said, “That’s kind of a bummer, Tristan, in the middle of this fantasy of the hot sex, she’s saying, ‘Whoa, whoa, whoa. No, no, no!’ and ‘It’s too much.’” They said, “It’s a wood killer, it’s a buzz kill.” But I said, “You know what? That’s real sex—that was them; that was organic. Why can’t there be ‘no’? Why does it have to be ‘yes, yes, yes, yes, yes’? That’s not how sex is.”
Tags:
Views: 2287
Related articles