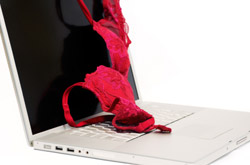 Attention to detail and an appreciation for variety are key to developing a sophisticated palate. I like to see supermodels crawling on their hands and knees for the pleasure of severe German women in black latex. I like to watch “straight” college boys who swear they’ve “never done anything like this before” bend over and prove themselves wrong. I like to watch straight married couples who’ve been together 30 years tie each other to a St. Andrew’s cross and show that monogamy does not equal monotony, and I like to watch gang bangs orchestrated by the very person getting banged. As pansexual genderqueer rapper Athens Boy’s Choir says: “Apples or Oranges, they’re all fruit to me!”—and I can think of no better way to get my five a day.

The strange partnership of religious right moralists and Dworkin-brand feminists that make up the anti-porn movement decry the “pornification” of our culture and the fact that sex is used to sell everything from domain names to cheeseburgers. However, sex has ALWAYS been used to get attention, and that it has ALWAYS worked. Why? Because people like to have sex, to watch sex, and to look at people who look like they are ABOUT to have sex. Bonobos, all of us!

When the Mainstream Runs Dry, Dig a New Well

As this sea change of new content floods the adult marketplace, the old guard is realizing that the same old recycled stories, scenes, and ideas are NOT going to cut it anymore. Indie pornographers have a real relationship with their audience because they seek and receive instant feedback from their fans. This mutual respect between artist and viewer is causing some consumers to vote with their pocketbooks and replace the current aristocracy of adult entertainment with a pornocracy lovingly run by the harlots themselves.