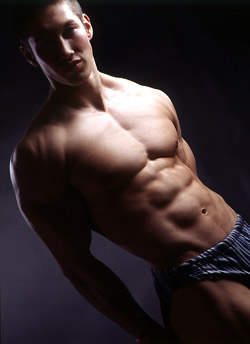 The Zen of Whacking Off

Eventually, I began to realize that I was restraining myself from an activity that I’d been enjoying for years. I put all that frustration on myself because I was afraid to talk to my partner about something that impacted our sex life—and doing so made things worse, not better.

Jerking off shouldn’t be reserved just for alone time, though. Most people have a well-developed set of sensitivities and sexual triggers. Watching your partner pull those triggers for him/herself can provide a valuable framework for how you should proceed. Watching your partner masturbate can be a great way to learn about how they like to be touched. Seeing what kind of pressure they apply, the speed of their gestures, how they breathe, and what and where they touch is not only a body map of their erogenous zones, but a how-to manual as well. Added bonus: It’s sexy as hell.

We were late to the party.

I lost out on a lot of great orgasms the first year my partner and I lived together because I believed I was supposed to stop masturbating. I made that choice because I was following someone else’s rules—instead of building our relationship in terms of what worked for us. I can safely say that our sex life is better now because I duck into the office when he’s not home to jerk off. When I do, I may just download a film for the two of us to watch when he gets back—or print out a dirty story to read him at bedtime.
Tags:
Views: 2307
Related articles