Dealing With My Kink 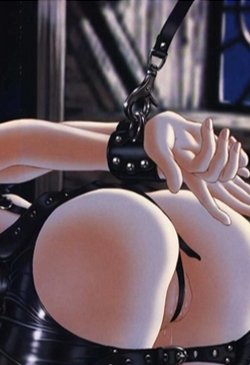 ""Sometimes what seems like surrender isn't surrender at all. It's about what's going on in our hearts.""

For years I worked as an erotic dancer. Along with my life back then came an abusive boyfriend – slash - pimp. Day after day I was kept in line with a heavy hand. If I stepped out of bounds, he would grab me by the hair and drag me to another room for a little reminder. In the bedroom I was taught that I was his to be used. I endured everything from being forced to sleep with him and other women to being chained to the bed for his friend’s enjoyment and everything in-between. Over time I learned to accept it as normal and I rarely resisted. In every aspect of my life, my purpose was to please the men around me no matter how bad it hurt.

Later in life when I found my true love, enjoying sex was difficult at first. Over time, my old thinking fell to the way side and I found comfort in his arms. Then, out of nowhere, one night he pinned my arms to the bed and everything from the past came rushing back. Before I knew it, I was on top of my husband beating his chest as hard I could. By the time I cooled down and we went to bed, he knew without a doubt he was never going to do that again.

For the next few weeks, I found myself thinking of the video and how nice the ropes looked on her body. How she seemed to really enjoy the flogger hitting her bottom. When hubby and I were intimate, I kept half expecting him to try and restrain me somehow. I guess he remembered the fight last time, because he never tried.

It was not long before I decided to buy some silk rope and a whip. I didn't know if I would ever use them; but I thought what would it hurt to have them? I don’t have to ever use them.

One night I decided to jump in with both feet and try a little bondage play like I saw in the videos. When Hubby came into the room, he was shocked to find me tied up on the bed waiting for him. Needless to say, it was one of the most exciting nights we had in a long time.

I wish I could say the same for the next day. All day I was on edge, everything seemed to get on my nerves. As far as sex was concerned, I wanted nothing to do with it at all. I was confused by the night before. Why did I enjoy being spanked over his knee? Why did it feel good to be tied up and helpless? This was like before, what was wrong with me?

Analyzing it over and over in my head, I couldn't come up with an answer. I liked being dominated, that was for sure. The question was why? Was it because I liked being abused? Was that the real reason I stayed with my ex for so long? I began to question everything. I even found myself questioning my husband’s motives. I knew he loved me and would never do a thing to hurt me. Unfortunately, it is easy to get caught up in your own spiraling thoughts and I found myself questioning everything.

When we intimately re-united on our monthly ‘special night’, I wasn't nervous or apprehensive. For the most part I had pushed away all the confusion that loomed over my sexual desires. The night was explosive and completely fulfilling. The next day we both had a twinkle in our eye. I was full of anticipation for our next encounter.

Over time we explored other areas of enjoyment. Oddly enough as time went on, I figured out that I rather enjoyed being dominated. Through letting me take the lead and treating me with nothing but love, my husband helped me every step of the way. I opened up and explored things I never dreamed I would enjoy. Things that had been done to me in the past now turned me on. It sounds crazy, I know.

I knew there had to be a psychological reason for it all so I turned to the Internet. I thought if I could understand it, then I can deal with it and make an informed choice about my newly found pleasures.

In my search, I was not shocked to find many studies correlated childhood abuse to BDSM activities as an adult. The studies and research made sense. However, I knew there was more to the dynamic. After years of being away from my abuser, I knew I was past the point of seeking out abuse because I think that is love or something similar. In the article "Defining Abuse in Absolute and Total Power Exchange", Master Eso presented some thoughts about defining abuse that really helped to clear the haze of my past. His words challenged me to look at the terms commonly used to define abuse and their meanings. Pointing out that terms such as ‘pain, harm and even abuse’ are subjective and cannot be definitively defined, I began to think of my own perceptions. This thinking can even be taken a step further to include that the definitions can change depending on the situation or environment. Just because one situation had negative emotions attached to it, the same act does not have to be defined by the same standard in the future. One situation is not attached to the other because each has its own intent and desired result.

After all of this struggling, I finally found peace within myself. I found solace in knowing that the pleasure I now long for is only because I am safe and secure in my own sexuality. I know now that what I desire and long for is not based on anyone else and what they want. Now after years of letting my demons control my sex life without me even realizing it, I have learned to let go and accept my kink.
Tags:
Views: 4248

Loriandhubby
Hanging out on my blog. stop by to see what's new with us.. www.kinketc.com