Don't Tell Me What to Do 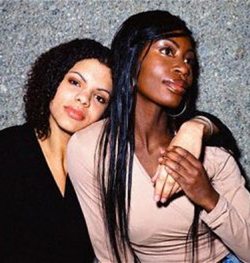 createloveforwomen.blogspot.com
Freedom from possession, jealousy, and control by my partners is a really important part of my relationships. I value my personal independence in making decisions about my body, finances, and life, even down to what I wear.
Independence to me means being responsible for my own life and finances, which I am. I’ve been paying my own bills since I was 18, paid my own way through college, and split dinners with partners aside from when one of us decides to treat the other. I absolutely detest possession and jealousy and warn my partners not to try it with me. I make decisions for myself when problems only affect me, or at least affect me much more than my partner. I also maintain total bodily autonomy in that I make all decisions that have an impact on my body, such as pregnancy, what I wear, contraception, sex, and even simple things like leaving my house if I’m on my period.

It is really important to me that in a relationship, we are a couple while also not losing our individual selves. I don't want to be one person. I want to be two separate people who love and care for one another.

Independence, in this sense, is not a lack of dependence on a partner for anything, but just a lack of dependence on my partner for day-to-day life. Although relationships are different for everyone, I quite like depending on my partner for certain things—someone to walk me home at night when it is dark outside, to bring me sweet and salty food when I’m on my period, and to listen to me cry when I’m upset. I dislike the idea of not being able to sleep if my partner isn’t around, but I’m okay with the fact that it’s a little harder to do so, since I don’t feel quite as calm and safe alone.

As a feminist, it’s important to me that I make my own decisions. If I were to become pregnant, for example, I would certainly tell the male partner unless he was a one-night stand. However, the decision of what to do would certainly rest with me. Even if I marry, I will be maintaining a separate bank account for myself with my own money. I will still put my foot down at jealousy and possession when it rears its ugly head. If I’m hanging out with my ex-girlfriend, who is happily with someone else, in the middle of the afternoon when my partner is busy anyway, that should not be a problem since I’ve never been unfaithful. I should not have to deal with a partner staring down people who talk to me, or feeling like I have to lie in order to go to a bar with a friend I’ve never expressed any interest in.

Dependence on a partner for certain needs is great. However, I could never be happy with someone who dictated what I wore, what toys I could buy, or who I could hang out with. I don’t want to live in the 1950s when women were given a grocery allowance. That shouldn’t be accepted by anybody, no matter what gender or sex they are. Sometimes on the forums of Eden Fantasys, I’ve seen contributors talk about their partner's controlling behavior, such as wanting them to get rid of their toys, not wanting them to masturbate, not approving of particular toys, or even just their political or religious affiliations insinuating control over them, such as very misogynist religious beliefs like wives being submissive to husbands. So-called “partners” who control their partners disgust me—I don’t see how they can ever be mutually beneficial or respectful relationships. It saddens me that a lot of people, primarily women, are involved in such relationships, and I hope that over time, relationships will become less about control and possession and more about independence and respect.
Tags:
Views: 1108