Is It The Father's Choice Too? 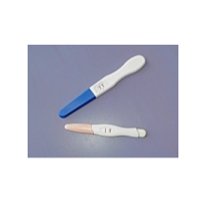 http://www.freedigitalphotos.net/
If you are deciding to have an abortion while in a relationship, shouldn't the father have a say?
Due to the recent election and debates, abortion was been a hot button issue and a topic of many casual conversations.

When the issue was the legality of abortion, as a young woman, I was in shock and honestly scared that my uterus was going to become government property. As the rhetoric died down and the country calmed, I became a bit more comfortable with my ability to choose. At the time, I only believed in abortion under situations of rape and incest, or in the case of protecting the health of the mother.

Then something happened; I was faced with a choice, due to a pregnancy scare which incidentally included my long-distance boyfriend. He had visited and we, of course, were intimate. Then my period was late. I'm a full-time student with no job, living with her parents and I had broke my own rule. I decided it wasn't the time and if I were pregnant, I couldn't support the child on my own and neither could my parents.

Two weeks into my missed period, I began to think about my boyfriend, whom I hadn't informed of the issue because it was still very early. I had all but decided upon having an abortion, but how would he feel? Having had such a long history with someone and being so in love, but not being in the right situation to have a child. How would that impact our relationship? It's his child too and he should have as much of a choice in the matter as I do. This wasn't a one night stand or a drunken mistake between friends, but an act of love.

It's an interesting conversation to have. In the whirlwind of finding out that you could be pregnant and having so many difficult choices to make, it's tough to step out of your own shoes and into the shoes of your partner, the father. Not all men are terrified of having children, the whole stereotype of a dead-beat-dad doesn't apply to everyone. I know a number of men who want to have children, badly. Ultimately it is a woman's body, but if the decision made is one-sided in a committed relationship, can the damage be repaired?

After thinking so much on the subject, I realized that even if it's a woman's body it isn't entirely our choice, unless the pregnancy was a result of a type of abuse, or the father isn't in the picture.
Tags:
Views: 1014
Related articles