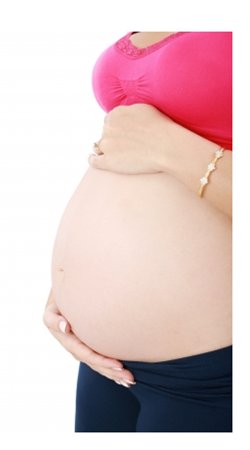 www.freedigitalphotos.net
Normally when you see the words "equal rights" you think of race and sexual equality; but there is another topic on my mind at the moment, one that's hard to address without offending at least a few people - Do men have the right to decide whether or not the person they impregnated gets an abortion?
Abortion itself is a topic that is arguably one of the most controversial topics discussed. People are so passionately Pro-Life or Pro-Choice that it's hard to express an opinion without hearing some type of hateful words. This topic is a branch from the typical. It's not about whether or not a woman has the right to choose between an abortion or delivering her baby; it's about whether or not the father of the baby has a say. And I think it's something to consider for a moment.

While I lean more toward a pro-life stand point (I personally would never get an abortion), I feel that both people involved in the creation of a life deserve to at least have a say. It is the woman who carries the child, but it was also created by the male partner. One without the other couldn't have created the life. One without the other shouldn't have to decide what to do.

There are a few thoughts that come to my mind regarding this that's rather concerning. If the male in the relationship decided that he wants the child to be born, it could be endangering the mother in an emotional, mental, and possibly physical way if she decides it's not what she wants. Women, all the time, try at home to rid their bodies of the unwanted children inside of them. What's to say she wouldn't harm herself in the process? She is still the one that's in control of her body, no matter what is decided between the ones who created the child.

Another thing is if the mother doesn't intentionally try to "naturally" abort her child, but continues in a negative lifestyle, drinking, using drugs, etc; the child could be born with physical and mental conditions depending on how the mother treats her body and pregnancy, especially if this was totally unwanted. Would it really be better for the father to say he wants the child, and have the mother drink so much that she causes the baby to have Fetal Alcohol Syndrome?

And what if the cause of pregnancy isn't ideal? What if the woman was forced into the situation only to have the man come back and try to prevent an abortion? There are so many different scenarios that I don't believe anyone would take into consideration the feelings of the father.

Is it fair for women to secretly abort their children without the consent of the person who impregnated them? I think that there are too many fine lines to honestly answer that question. While I believe that a father should have parental rights (even with the child still in the womb), it seems like there would be too many "what ifs" concerning the mother's behavior if the pregnancy is unwanted by her.
Tags:
Views: 1207