Learning to Be Dependent 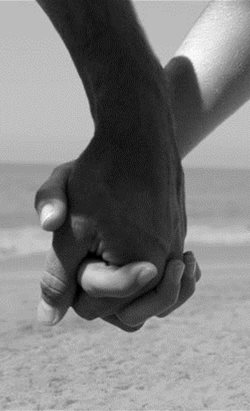 catholiclane.com
While being independent in certainly important, the ability to allow ourselves to depend on others is also just as vital.
As a young woman, I feel there is less of an issue of asserting our independence so much as accepting our dependence. Perhaps, it wasn’t always this way but I think women of my generation (many of whom were raised by single mothers) were raised in a post-feminist revolution world. A world in which a woman could do anything a man could do. A world in which a woman should not depend on a man. And yet... depending on your significant other is an important part of a relationship.
Don’t get me wrong. Your significant other certainly shouldn’t be your whole world. You shouldn’t have to turn to them to get every single little thing in your life done. However, the inability to give up some small amount of independence and allow yourself to depend on them can often be a sign of your inability to trust them. To depend on someone, you must trust that they are worthy of being depended on. When someone in a relationship won’t depend on the other, it can often make the person feel alienated as if a wall is being put up. This lack of trust can slowly (or even quickly) erode a relationship. Part of being in a relationship is giving up some of that control and handing it to another person and trusting that they won’t take advantage, hurt you, mess up, or anything else. A failure to be able to hand that over is something I think that is a more prevalent problem for my generation than the issue of asserting independence. Of course, this is asserted with obvious prejudices and biases.
I am lower middle-class white woman living in America who was raised in a fairly non-religious home. I can’t speak for those who were raised in a different culture, religion, or country. But from my experience, the issue isn’t independence but refusing to be dependent. We have learned from our mothers not to depend on men, that someday we too could be divorced with three kids and who will take care of us then? We trust our significant others with our hearts. We give them this fragile part of ourselves that is so sensitive and so easily hurt, and trust them to care for it. For those in committed, monogamous relationships (and unfortunately, sometimes those who are not), we trust them enough to have unprotected sex. We are handing over our bodies to the risk of the countless diseases that we have been schooled on since 5th grade. We share one of the most intimate acts known to man with each other and reach some of the highest planes of pleasure as a result of their careful work on our bodies. And yet, despite giving them all this power, we hesitate to share money and bank accounts. We don’t like them paying for our meals. We halt at these insignificant signs of dependence when the true dependency and intimacy are such larger issues. I think it’s important to feel like you can depend on someone. I want to be able to be independent and take care of myself, but I also like knowing that sometimes I can be taken care of by that special someone. I think that’s an important lesson more women need to allow themselves to learn.
Tags:
Views: 1262
Related articles