Roleplaying as a Way to Discovery 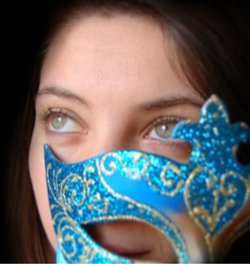 freedigitalphotos.net
Roleplaying is a healthy and exciting way to explore new avenues in your sexuality. Once you get used to being someone different you can have all sorts of fun and explore your desires in a safe environment.
Changing things up in the bedroom is fun for me. I’m the one who’s always pushing the envelope, trying to find that new thing that will blow both my mind and my partner's. And there are many different ways to try new things, but I have found that roleplaying is a safe and exciting way to try new things out. More than likely you’ve experimented in some form or fashion with roleplay and hopefully you enjoy it as much as I do. But for those who are unfamiliar with the term, roleplaying is where you and/or your partner pretend to change your behavior or your personality and act out various roles. This can include all manner of different roles and actions, including BDSM, acting out historical roles and many other roles. It might be natural for some to just jump into roleplaying, but it wasn’t for us.

The first time I tried roleplaying in the bedroom I felt very uncomfortable and so did my partner. We had never tried anything like that before and we felt disingenuous, like we weren’t being ourselves. Which is what you are supposed to be doing, but not to the extent that you feel uncomfortable with the role that you are playing. But we were young and excited to try something new and we had purchased some costumes that would really have gone to waste otherwise, so we pretended that I was Zorro and she was the damsel in distress that I came in and rescued. With awkward and stilted words that I thought I should be saying and that would have made porn actors blush with embarrassment, we pushed through and acted out the whole scene that my wife had fantasized about. But neither of us enjoyed it; it felt very forced and once it was done the costumes went away and we didn’t speak about it for a long time.

Over time we became more comfortable with not only ourselves, but with our fantasies and admitting what we might want to have happen in an ideal world. As we both began to recognize these feelings we were better able to communicate to each other about what we wanted to try and experiment within the bedroom. The next time we attempted some roleplay, things went much more smoothly and we both were ready to build upon this initial success.

We’ve explored other fantasies through roleplay, such as exhibitionism and voyeurism, and partner swapping as well. By doing this through roleplay we’ve been able to both freely admit what turns us on and for us to explore it in some way, all from the safety of our home. We’ve even begun to experiment again with costumes and such. After the first roleplaying debacle both of us had pretty much sworn off costumes in the bedroom, but costumes are what you make of them. Some sexy lingerie can be a costume if you want it to be, and we chose to look at other costumes in a similar way, something to enhance our pleasure and not define the experience. And by doing this we’ve been able to discover new things that we enjoy, especially masks.

We had a costume party to go to a few years ago before kids and my wife bought a Venetian style mask that after the party laid in her closet until one night she picked it up while getting undressed. She put it on and we had a great session where we pretended that she was at a costume party and I came and seduced her, neither of us knowing each other’s names, or what her face really looked like. After that night, which was incredibly hot for both of us, my wife began to use the mask more in our roleplaying. Sometimes she would incorporate it with a different scenario, and sometimes she would just put on the mask when she didn’t want to be herself that night, and instead wanted to be someone else. The mask was freeing for her and allowed her to slip into different roles easily. I have found it a little bit harder to let go and fall into the character with masks as easily as my wife has, but I love when she wants to explore in this way.

Roleplaying can be a very important part of a sexual relationship and allow both of you to find out more about each other, and yourselves as well. I don’t feel that my wife would have ever been comfortable just jumping into some of the sexual practices that are very common for us now without incorporating them into our roleplaying world first. It took the fear and the danger out of the acts for her, and helped both of us feel comfortable moving forward in our exploration. With Halloween right around the corner there isn’t a better time to look at those costumes in the shops and think about all sorts of fun and dirty things you and your lover can do together. It could just be a fun distraction, or it could help introduce something totally new to your dynamic.
Tags:
Views: 1721
Related articles